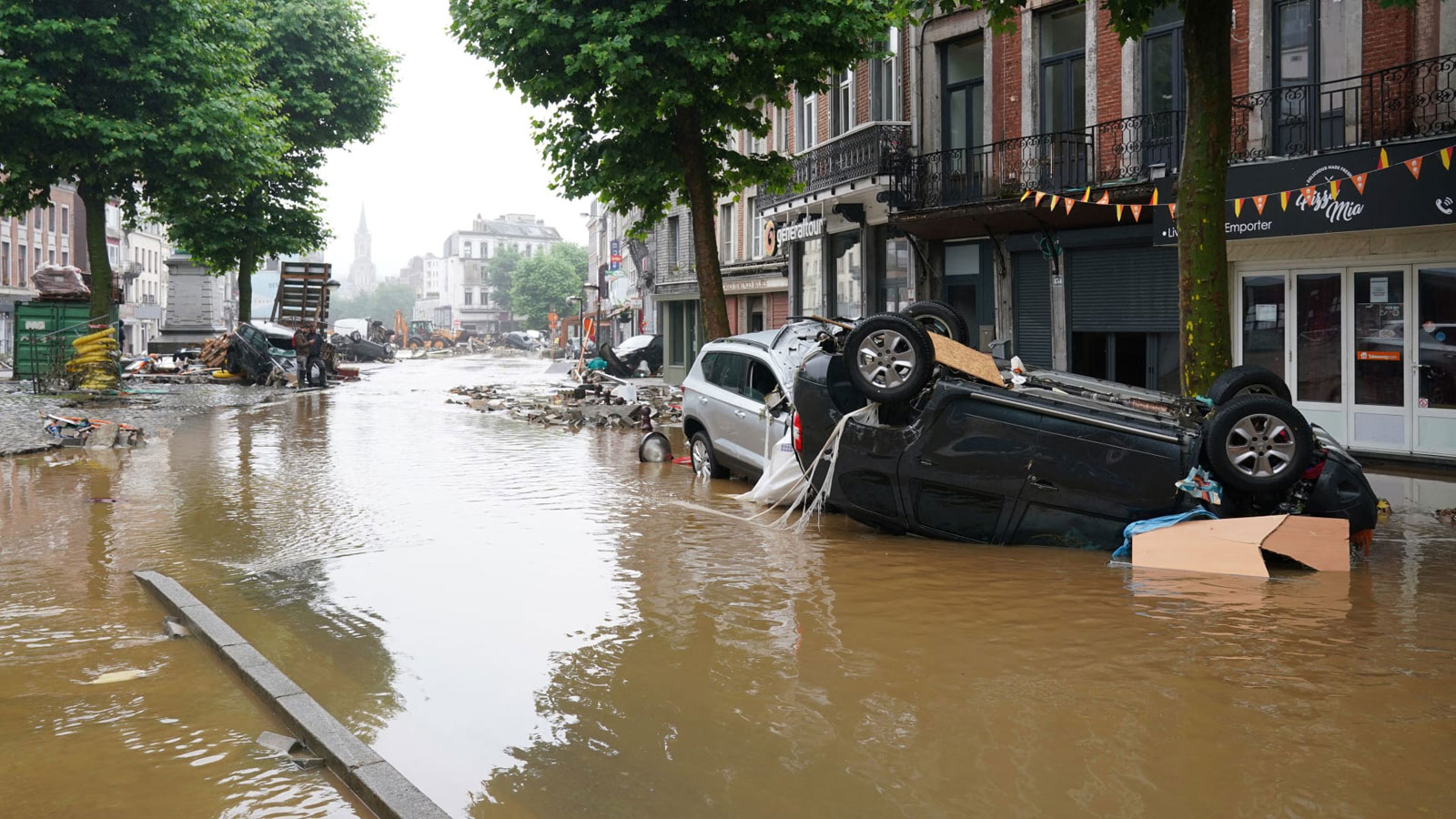 Shafaq News/ Europe has been battered by days of torrential rain and floods that have left more than 100 people dead and hundreds more missing.

Germany has borne the brunt of the extreme weather, with 93 people killed in two states, while at least 12 have been killed in Belgium.

France, the Netherlands, and Switzerland have also been hit by flooding; the worst parts of Europe have seen in living memory.

Speaking from Washington, Chancellor Angela Merkel said in a statement that she was "shocked by the catastrophe that so many people in the flood areas have to endure".

"My sympathy goes out to the families of the dead and missing. My heartfelt thanks go to the many tireless helpers and emergency services," she added.

Germany's president, Frank-Walter Steinmeier, said that fighting climate change was the only way of preventing natural disasters on this scale from happening more often.

Speaking Friday, Steinmeier said he had spoken to regional leaders in the areas of Germany most badly affected by the flooding, and that they had described "harrowing" conditions on the ground.

On Thursday, large parts of Germany were completely cut off, with telephone and internet down and authorities warning that the 112-emergency number was "not reachable".

Earlier, dozens of people were reported missing after several homes collapsed in the village of Schuld in the Eifel, a volcanic region of rolling hills and small valleys.

Many villages were reduced to rubble as old brick and timber houses couldn't withstand the sudden rush of water, often carrying trees and other debris as it gushed through narrow streets.

European Commission chief Ursula von der Leyen wrote on Twitter that the bloc "is ready to help" and that countries impacted by the floods can call on the EU Civil Protection Mechanism.

"My thoughts are with the families of the victims of the devastating floods in Belgium, Germany, Luxembourg, and the Netherlands and with those who have lost their homes."

European states had already worked together to deal with the crisis, with Italy and Austria offering flood rescue teams to Belgium, while the EU's Copernicus emergency satellite mapping is providing assessment maps of the affected areas.

Belarusian President: the US wants war in Eastern Europe

Amid standoff with Russia over Ukraine, Biden approves sending troops to Eastern Europe