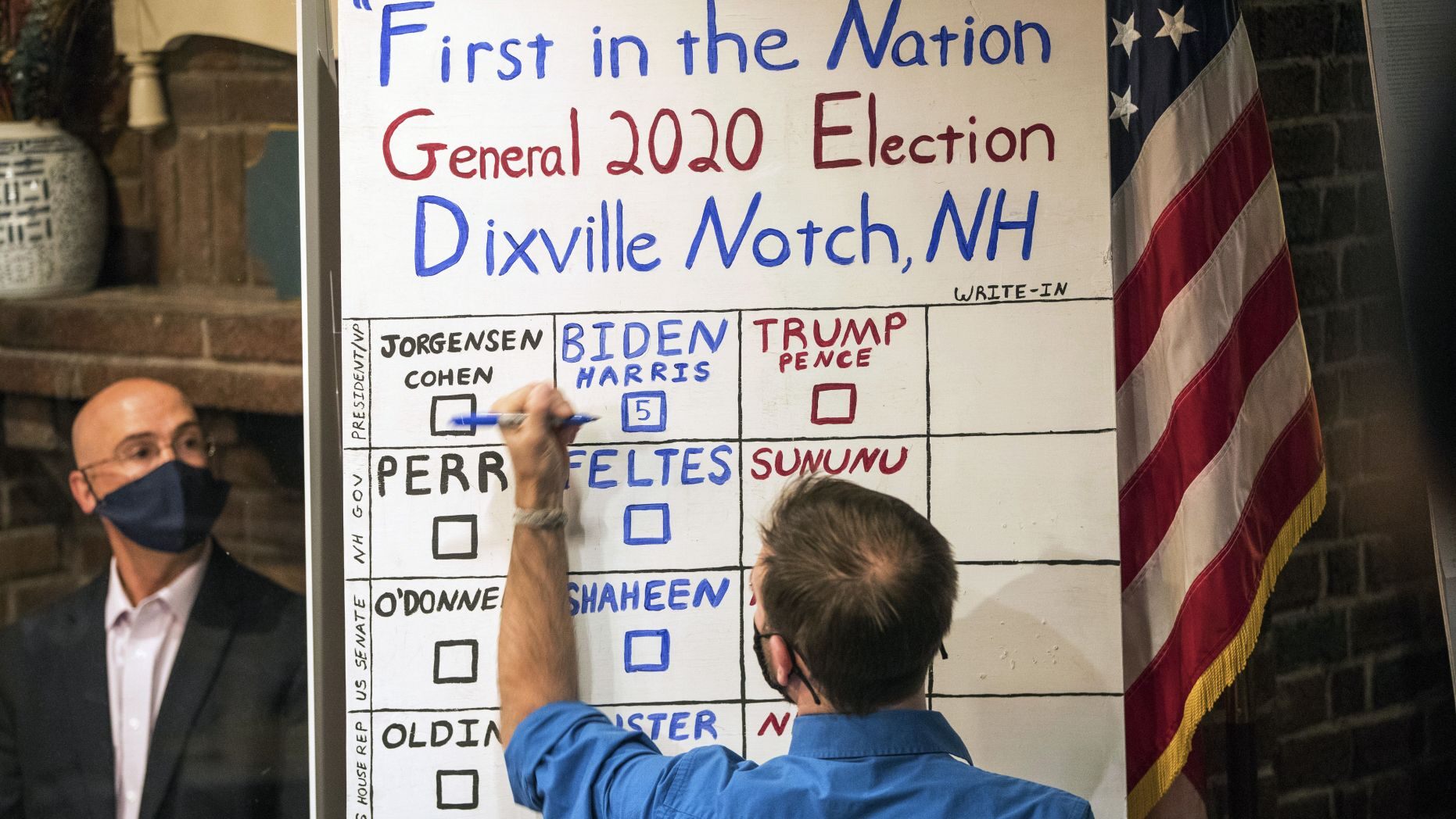 Biden won all five votes in the small New Hampshire Township that historically tallies their results just after midnight. In doing so, he gained the first victory on Election Day. Fox news stated.

"The last candidate to win in a landslide there was Richard Nixon in 1960," tweeted Fox News multimedia reporter Rob DiRienzo.

After weeks of record-breaking participation in early and mail voting in dozens of states, one critical question remains on the eve of the 2020 presidential election: Who is left to vote?

More than 98 million Americans had cast ballots by Monday evening, an astonishing figure equal to about 70 percent of the total turnout four years ago.

Biden: US must maintain small force in Middle East

Republicans raise an objection in Congress to Biden win