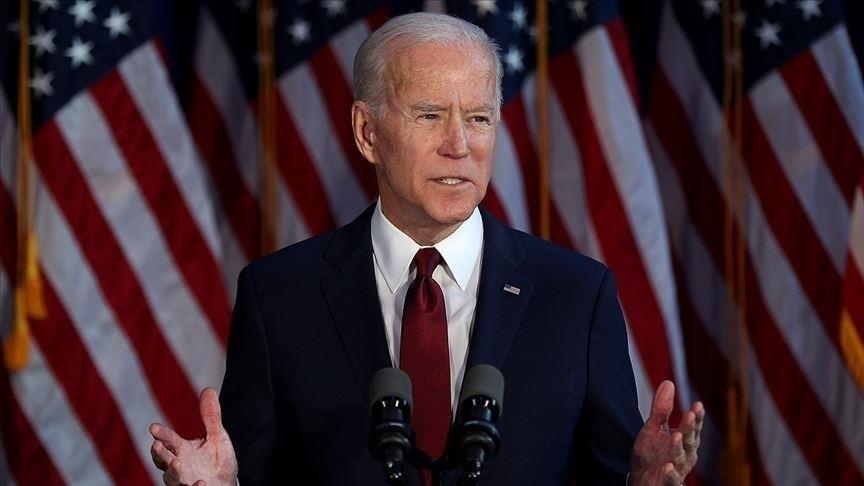 Unlike the sweeping punishment of Iran's economy by former president Donald Trump's administration, the sanctions were narrowly targeted at two rank-and-file officers, who along with their immediate families will be banned from visiting the United States.

Ali Hemmatian and Masoud Safdari, who belong to the Islamic Revolutionary Guard Corps, the powerful unit branded a terrorist group by the Trump administration, engaged in torture or other inhumane treatment of political prisoners during 2019-2020 protests, the State Department said.

"We will continue to consider all appropriate tools to impose costs on those responsible for human rights violations and abuses in Iran," Secretary of State Antony Blinken said in a statement.

Blinken said that the United States will "demand the Iranian government treat its people with respect and dignity."

The move comes as Iran seeks a lifting of sanctions imposed by Trump, including an effort to block all its oil exports, before returning to full compliance with a 2015 denuclearization accord trashed by the former US president's administration.

Biden supports a return to diplomacy with Iran but has also insisted that he will make human rights a priority -- including with US allies such as Saudi Arabia.

Blinken on Tuesday also urged Iran to give more information on the 14th anniversary of the disappearance of Bob Levinson, a former FBI agent.

"We call on the Iranian government to provide credible answers to what happened to Bob Levinson and to immediately and safely release all US citizens who are unjustly held captive in Iran," Blinken said.

Levinson, who would turn 73 on Wednesday, vanished in 2007 on the Iranian island of Kish and was said to have been investigating cigarette smuggling, although a later report said he had gone on a rogue CIA mission.

The Trump administration said in December that it had concluded Levinson was likely dead and said Iran was responsible.

At least four other Americans are believed to be detained or prohibited from leaving Iran including Baquer Namazi, a 84-year-old former UNICEF official, and his businessman son.