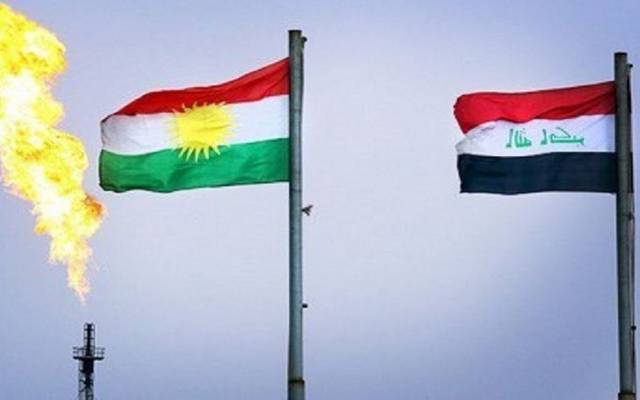 Shafaq news / The Iraqi Federal Government and Kurdistan Regional Government (KRG) are close to turning the page on their disagreements over the oil file, which is one of the outstanding issues for many years, but both sides are heading to conclude a new agreement to invest gas in the fields in the region.

The first steps of convergence began late last year when the two sides reached an agreement on Iraq’s financial budget for 2020 and included delivering Kurdistan Region 250,000 barrels per day of crude oil to the federal government in exchange for guaranteeing the salaries of employees and Peshmerga and the region’s share of about 13 %.

During the past period, the two sides held extensive discussions in the Iraqi capital, Baghdad, on the outstanding disagreements between them in the oil file and coordination between them regarding the “OPEC +” agreement to reduce production.

The two governments reached an agreement to commit each other’s share of the production cut agreement, as well as exchange information on production to give more transparency to this file.

Other than that, the two sides are heading to conclude an agreement to invest gas in fields in Kurdistan Region in an effort to secure fuel for power plants throughout the country.

In this regard, the federal government submitted a proposal to ( KRG) recently that the two sides should continue discussing this file in a visit by a delegation from Baghdad in the coming period, to prepare for the final agreement.

This convergence comes in the midst of the Corona pandemic crisis, which , data warns , will cause a financial crisis in Iraq due to the collapse of oil prices to less than 20 dollars per barrel, knowing that Iraq relies on the sale of crude oil to finance about 95 percent of the country’s expenditures.

Ashwaq Al-Jaf , Former deputy in the Iraqi parliament, a member of Kurdistan Democratic Party, told Shafaq News, “This is the stage of dialogue, as the legal and constitutional dialogue is the solution to all outstanding issues between Baghdad and Erbil.”

Also pointed out that, “there will also be mutual visits by a delegation from Baghdad to Kurdistan and vice versa to complete the discussion on the gas agreement, which will be of benefit to all Iraqi people.”

And it turned out that Al-Jaf added, “in the previous periods (in the second and third periods of government ), there was interference by some , in the files between Baghdad and Erbil to create problems, and there was no dialogue language followed, but there was some statements by the federal government through media .

The stuck disagreements between Baghdad and Erbil date back to many years, throughout the period after the fall of the previous Iraqi government in 2003, that the two parties couldn’t overcome them in spite of many rounds of discussions.

The differences worsened in an unprecedented manner during the second term of the previous Prime Minister Nuri al-Maliki (2010-2014), as he cut the Kurdistan Region’s share of the federal budget in 2014 to protest the region’s plans to develop oil fields.

The region’s share of the federal budget continued to be withheld throughout the period Haider al-Abadi’s government (2014-2018).

Al-Jaf said that,” Since the formation of the Adel Abdul Mahdi government, there have been steps, according to a constitutional and legal dialogue, to solve all outstanding issues, away from the media escalation, and this is the correct method, which should have been followed many years ago,”

She adds that “any agreement between Baghdad and Erbil in the oil and gas files is being developed according to a law that the parliament is voting on , but the problem will be with the escalation of the voices of some political parties.”

Al-Jaf believes that “the government of Adel Abdul-Mahdi was devoting its time to solve the outstanding issues with (KRG) in accordance with the constitutional framework, and did not listen to those who were trying to create problems, and here the government is conserving the right of the Iraqi people and preserving the application of the law, away from any escalation from media “

Al-Jaf said, “The federal government has a ministry and experts to conclude any agreement on oil or gas, and to continue the discussion to complete the gas agreement . The next mutual visits of the two parties will make sure that there is an agreement according to the constitution and in the interest of all the Iraqis people”

The disagreements between Baghdad and (KRG) over the past years, prevented the passing of a law regulating the management of oil and gas in the country.

However, things began to move toward a solution gradually since last year, which will make the conclusion of the gas agreement between the two parties easy compared to the oil file.

The Iraqi oil expert Sadiq Al-Rikabi, said to Shafaq News, “The gas agreement between Baghdad and Erbil will be easier than agreeing on oil, especially since the two parties are going through a common ordeal of declining revenues, declining capital spending by oil companies and the absence of global demand.”

Al-Rikabi said, “The agreement on gas is between Baghdad and Erbil, because Iraq wants to benefit from electrical energy, without having to import gas from abroad,

This saves revenues and makes the agreement between Baghdad and Erbil to invest the discovered and untapped fields easy, especially since there are discovered fields. Recently, but it is underutilized. “

He assured that “the work will start in this field during the next few months, it is a common interest for Baghdad and Erbil, especially that it will reduce the importing of gas from abroad, and increase the capacity of electrical energy.”

He also added, “This agreement provides financial revenues for the federal government , which helps both parties, to provide funds to pay the salaries of employees, build infrastructure, and finance the budget, and helps Baghdad government and (KRG) to reduce the negative economic impact that caused by the declined oil prices, This agreement has a mutual interest for both parties. “

With a complex network of powerful ties, private generator owners strangle the citizens of Baghdad

U.S. waves "Magnitsky Act".. Sanctions on Baghdad and then decamping to Erbil

Flaring Gas and the Deep State: Iraq imports what it burns