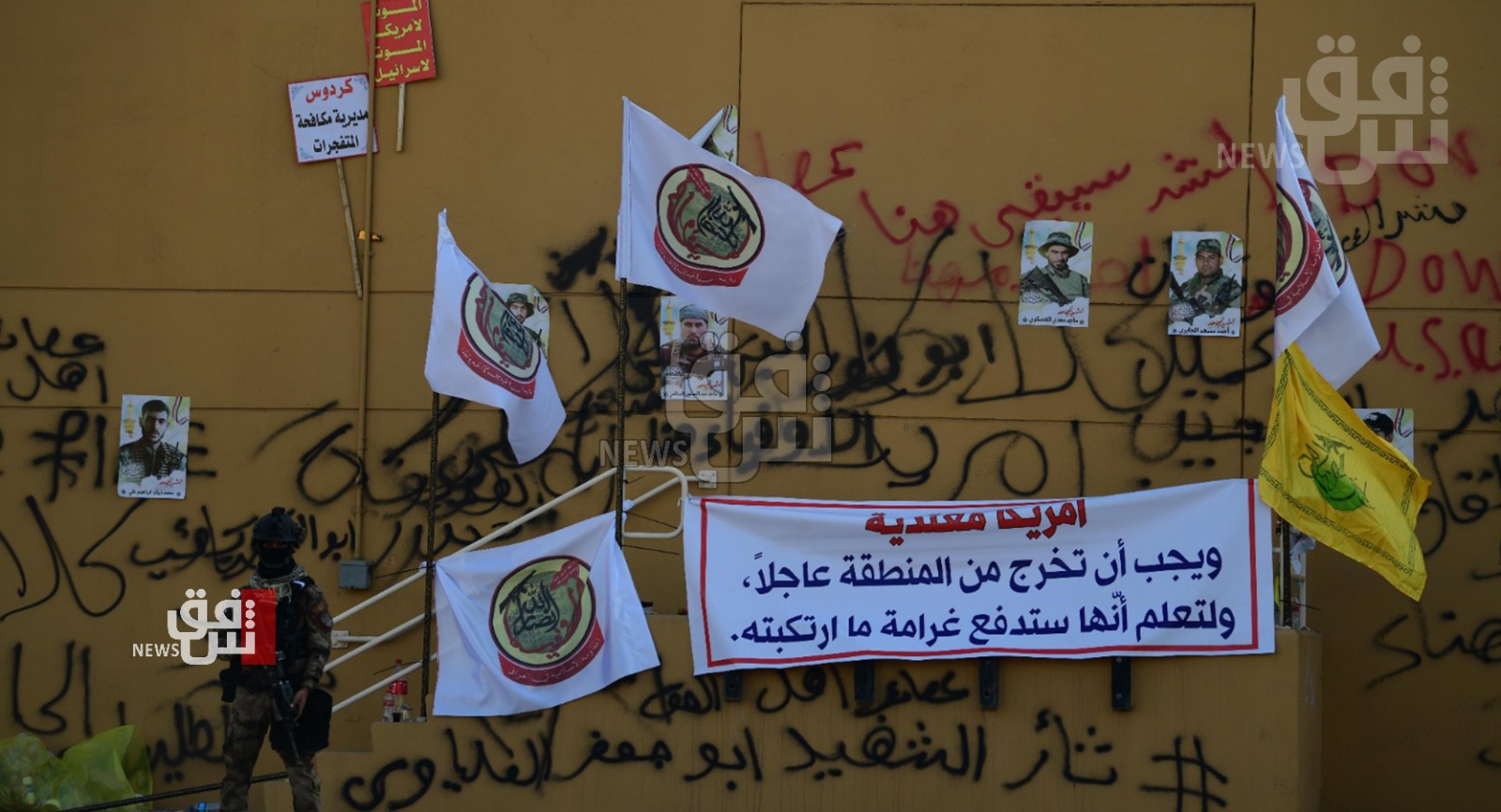 Shafaq News/ As Iraqi paramilitary groups vowed to enforce a year's-end deadline for the withdrawal of the U.S. military from their country, one influential faction has told Newsweek that Iraq's militias managed to force U.S. troops out a decade before the Taliban's victory in Afghanistan, and that such success could soon be replicated in Iraq.

"The Iraqi resistance was earlier than the Afghans in forcing the United States to withdraw from Iraq in 2011," Nasr al-Shammary, spokesperson for the Hezbollah al-Nujaba Movement, told Newsweek, "and today the Iraqi resistance is stronger and more numerous."

The resistance, he argued, "has the ability to confront, prolong, and insist on expelling any foreign forces from Iraqi soil."

"We have our own unique and rich experience, and great cultural and ideological legacy," Shammary added, "and we respect all the experiences of free peoples."

The Hezbollah al-Nujaba Movement is one of dozens of armed organizations that form the Popular Mobilization Forces, a broad Iraqi state-sponsored collective of militias that took up arms in response to rapid advances of the Islamic State militant group (ISIS).

A number of these factions, most of them Shiite Muslim and some aligned closely with Iran, had previously been active in taking on both the U.S. troops that invaded in 2003 and Sunni Muslim insurgents who would ultimately form the core of ISIS after former President Barack Obama completed his planned withdrawal in December 2011.

And while Washington, Tehran and Baghdad have all found common ground in taking on ISIS, the lingering presence of U.S. troops has given rise to divisions in Iraq that have lingered for years after the government declared victory over the jihadis.

On Friday, just shy of four months after President Joe Biden promised to pull "combat" troops from Iraq before the end of the year, a militia bloc called the Iraqi Resistance Coordination Commission issued a warning.

Commenting in the message shared with Newsweek on Biden's arrangement with Iraqi Prime Minister Mustafa al-Kadhimi, the commission said it "did not believe in the seriousness of the occupation and its commitment." Still, the message said the groups were "committed to giving the Iraqi negotiator an opportunity to expel the American occupation from our pure land through diplomatic means."

But in the more than three months since Washington and Baghdad's strategic dialogue took place in July, the commission said it had "not yet seen any manifestations of withdrawal, despite that only 42 days separate us from 12/31/2021."

"On the contrary, we have observed that the brazen American occupation increased its numbers and equipment in its bases in Iraq," the commission said, "and we even heard official and semi-official statements from officials of the American states of evil about their intention not to withdraw from the country under the pretext that there was a request from Baghdad [not] to do so, at a time when we did not see any response or denial from the Iraqi government about these clumsy statements!"

The groups warned that the alternative to a peaceful U.S. exit was armed action.

"We affirm that the weapons of the honorable resistance, which have been talked about a lot in the past days, and some insisted on embroiling them in recent political rivalries, will be ready to dismember the occupation as soon as the moment comes and the deadline ends after twelve o'clock in the evening of 12/31/2021," the statement said.

Other prominent Iraqi militia figures also issued similar warnings, such as Abu Alaa al-Walai, secretary-general of the Kataib Sayyid al-Shuhada, which has twice been targeted in airstrikes ordered by Biden in response to rocket attacks on U.S. positions in Iraq.

"With the approaching hour of decisiveness and a major confrontation, the Islamic Resistance, the Sayyid al-Shuhada Brigades, announces the opening of the door to belonging and volunteering to its ranks and calls on our resistant Iraqi people and the resistance factions to raise the level of readiness in preparation for the decisive and historic confrontation with the American occupation on 12/31/2021 after 12:00 a.m.," Walai tweeted Friday.

U.S. Central Command did not immediately respond to Newsweek's request for comment.

A Pentagon readout said that Austin "affirmed the strength and importance of the U.S.-Iraq strategic partnership, and underscored the enduring U.S. commitment to the defeat-ISIS mission," and "confirmed with Minister Sadun that U.S. forces remain in Iraq at the invitation of the Iraqi government to support the Iraqi Security Forces."

"The United States will uphold the commitments it made during the July 2021 U.S.-Iraq Strategic Dialogue, including that there will be no U.S. forces with a combat role by the end of the year," the readout said. "The two leaders discussed the next phase for the U.S. military mission in Iraq, which will focus on advising, assisting, and sharing intelligence with the Iraqi Security Forces in support of the campaign to defeat ISIS."

What this next phase looks like is not entirely clear, nor is it known whether any planned adjustments would be enough to appease impatient militias.

The security situation in Iraq has somewhat deteriorated since last month's elections, which saw gains for influential cleric Muqtada al-Sadr and a disappointing turnout for militia supporters, prompting protests in which at least two demonstrators were shot dead by security forces.

In a dramatic escalation of tensions, small bomb-laden drones attacked Kadhimi's residence in a yet unclaimed operation earlier this month. The Iraqi leader escaped with his life, and the event received near-universal condemnation, including by the U.S., Iran and Iraqi paramilitary forces.

A precarious dynamic between Washington and Tehran also hangs in the balance.

The two sides have set out to resume indirect negotiations via fellow signatories of the 2015 nuclear deal known as the Joint Comprehensive Plan of Action next week in the Austrian capital of Vienna — the seventh such meeting since Biden took office.

The slaying reverberated across the region and beyond, garnering condemnation even from partners relying on U.S. security, such as the former Afghan government that collapsed in August as Biden withdrew from a 20-year war as part of a deal with the Taliban originally signed by Trump in February 2020.

The U.S. invaded Afghanistan in the weeks after 9/11 and quickly dismantled the Taliban-led government, but struggled for the next two decades to prop up Afghan security forces against the group's insurgency, especially as attention shifted just two years later to the conflict in Iraq.

Iran also supported the campaign against the Taliban, but has since adopted a diplomatic approach toward the group now in de facto control of neighboring Afghanistan.

With the U.S. and Iran still severely at odds, the two nations have largely separately consulted on Afghanistan with regional countries such as China, Pakistan, Russia and nearby Central Asian nations.

What Taliban Takeover In Afghanistan Means For Volatile Iraq

As ‘Jewish Taliban’ sect tossed out of Iraq, its leaders stand trial in New York