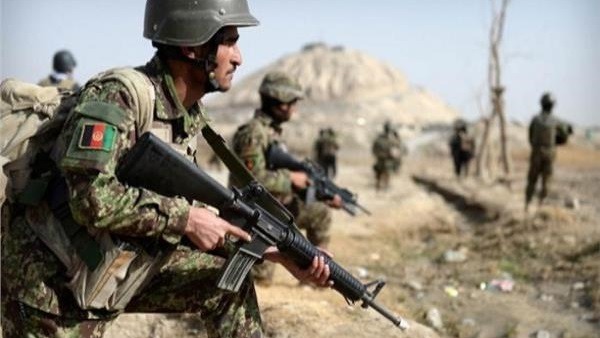 Shafaq News / The Afghan Ministry of Defense announced, on Tuesday, that 43 Taliban militants were killed and wounded in army operations in the provinces of Faryab and Laghman, in eastern Afghanistan.

The Ministry said in a statement a Taliban convoy was targeted in Faryab Province which killed 10 militants wounded 16 others.

Earlier, Afghan security forces fought back a major Taliban offensive in southern Helmand province in the last 24 hours, officials and residents said on Tuesday, as militants launched assaults around the country after a missed U.S. deadline to withdraw troops.

"There was a thunderstorm of heavy weapons and blasts in the city and the sound of small arms was like someone was making popcorn," Mulah Jan, a resident of a suburb of the Helmand provincial capital Lashkar Gah, told Reuters.

Attaullah Afghan, the head of Helmand's provincial council, said the Taliban had launched their offensive on Monday from multiple directions, attacking checkpoints around the outskirts of Lashkar Gah, taking over some of them.

Afghan security forces had carried out air strikes and deployed elite commando forces to the area. The insurgents had been pushed back but fighting was continuing on Tuesday and hundreds of families had been displaced, he added.

In Washington, the U.S. military said that about two to six percent of the withdrawal process had been completed so far.

The Afghan defence ministry said that in addition to Helmand, security forces have been responding to attacks by the Taliban in at least six other provinces, including southeastern Ghazni and southern Kandahar in the past 24 hours.

The defence ministry said just over 100 Taliban fighters had been killed in Helmand. It did not provide details on casualties among Afghan security forces. The Taliban did not immediately respond to request for comment.