The Peshmerga Ministry demands more financial support from the US 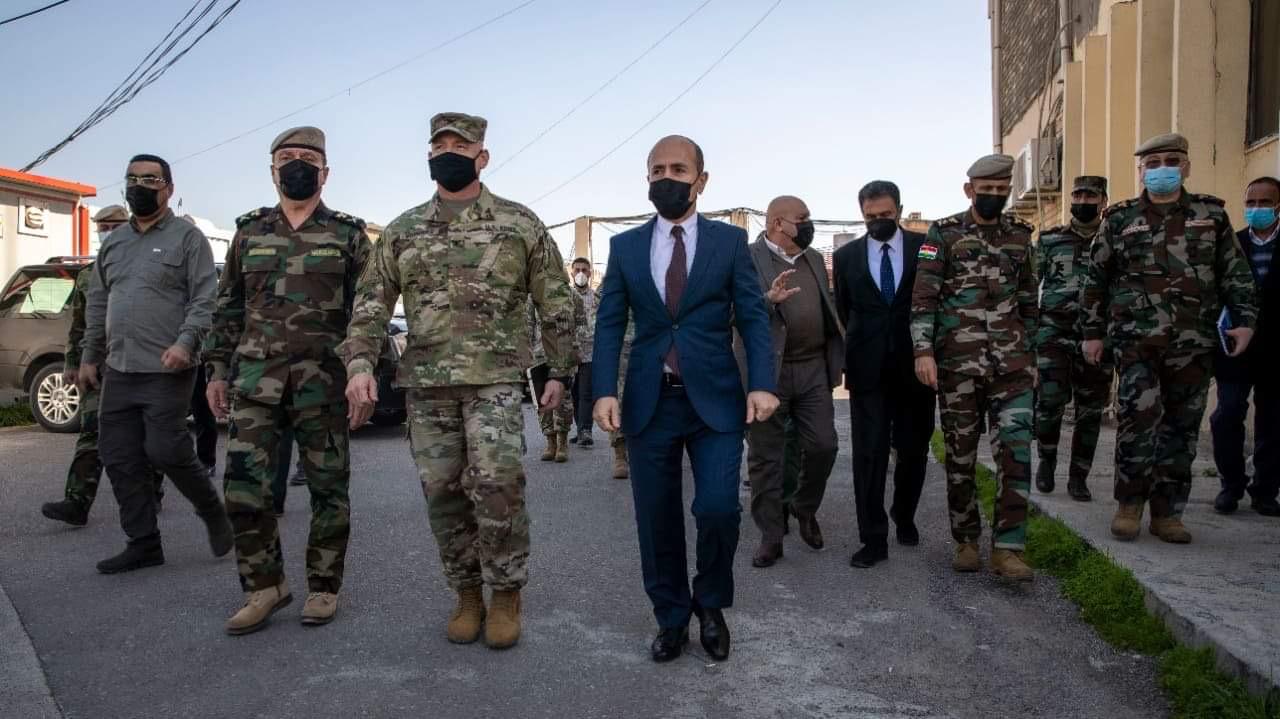 Shafaq News / The Minister of Peshmerga in the Kurdistan Regional Government, Shoresh Ismail, demanded the US to increase its financial allocations for the Peshmerga Forces, and make sure they are fairly distributed.

According to a statement by the Peshmerga Ministry, Ismail discussed, during a meeting with the representatives of the American Security Coordination Office in Iraq and Kurdistan, the issue of financial entitlements of the Kurdistan Peshmerga forces.

The statement added that the meeting shed light on ISIS's increasing threats to Iraq and the region.

Ismail said that his Ministry, "repeatedly warned about the dangers of ISIS, which is currently carrying out its terrorist operations using different strategies," expressing his appreciation for the US and the Coalition forces' aid in this matter.

Furthermore, Ismail demanded the US to include all Kurdistan Peshmerga forces' salaries and financial benefits, and dispersing them fairly without any discrimination."

For his part, the US Security Coordination Office's representative pledged to expedite this request, adding that his country cares for the Peshmerga fighters' life conditions and works hard to improve them.

It was decided to increase coordination between the Coalition forces, the Peshmerga forces, and the Iraqi army.