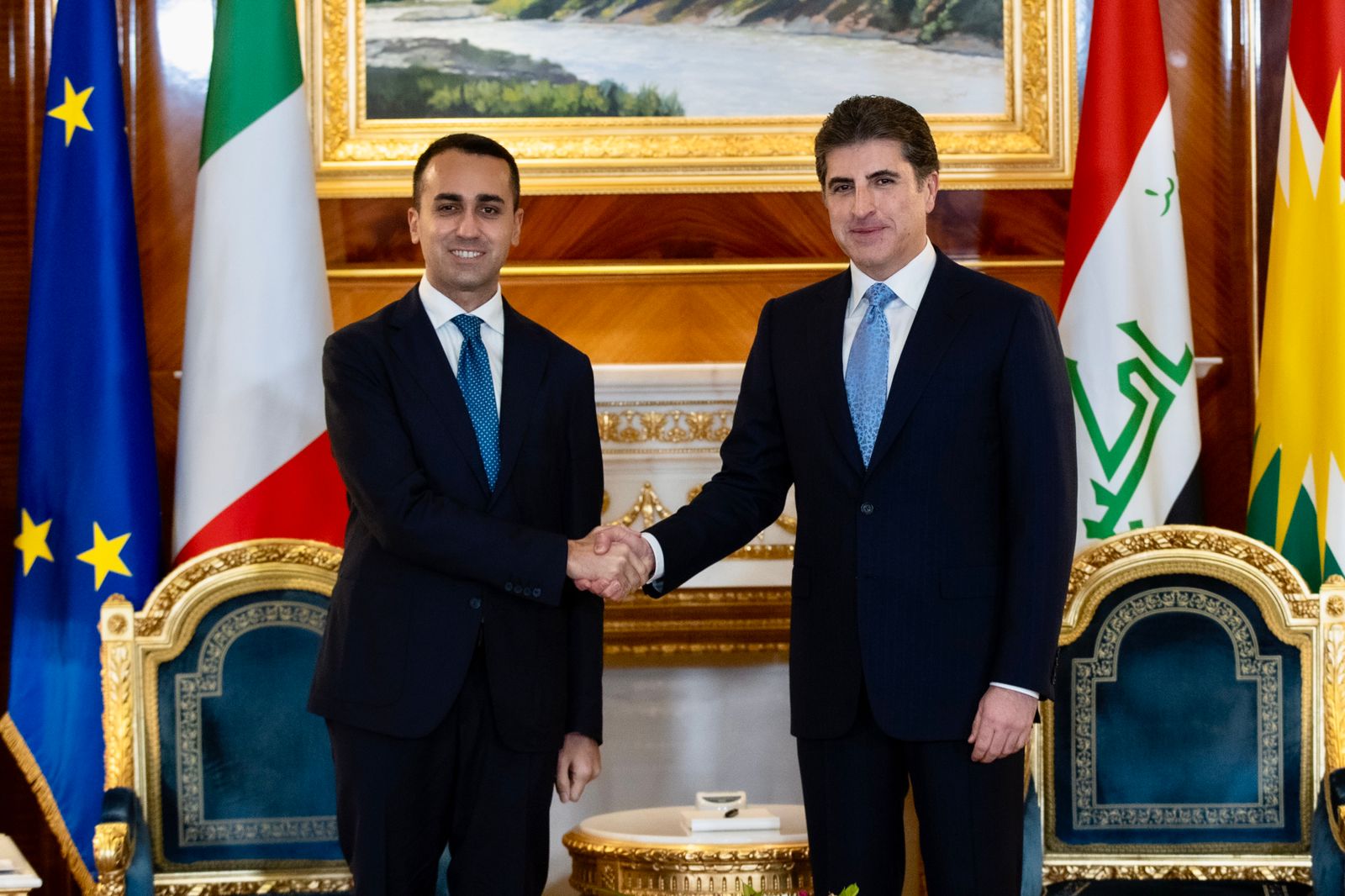 A readout issued by the Presidency of the Kurdistan Region said that the meeting was attended by Italy's Ambassador to Baghdad and Consul-General in Erbil.

Italy's top diplomat reiterated his country's commitment to supporting Iraq and the Kurdistan Region, highlighting the role of the Peshmerga forces in defeating the terrorist organization of ISIS and receiving the refugees and internationally displaced persons who sought shelter in the Region

The two sides expressed willingness to expand and develop the prospects of cooperation between the two nations, particularly in the economic and cultural aspects.

For his part, the President of the Kurdistan Region extended greetings to the Italian Minister, people, and government on Christmas and the new year holidays.

President Barzani conveyed the Region's gratitude and appreciation for Italy's support to Iraq and Kurdistan in the combat against ISIS, in addition to its role in training the Peshmerga forces and offering humanitarian aid.

The meeting touched upon the political situation, the parliamentary election, the endeavors to form a new government, the war against ISIS, Baghdad-Erbil talks, among an array of issues of mutual interest for both sides.

Nechirvan Barzani to U. S. embassy attaché: Resuming the strategic dialogue is an important step

Kurdistan's President: the Kurdish Unity is the only condition to preserve our gains

President Barzani calls for forging an agreement that assures the public