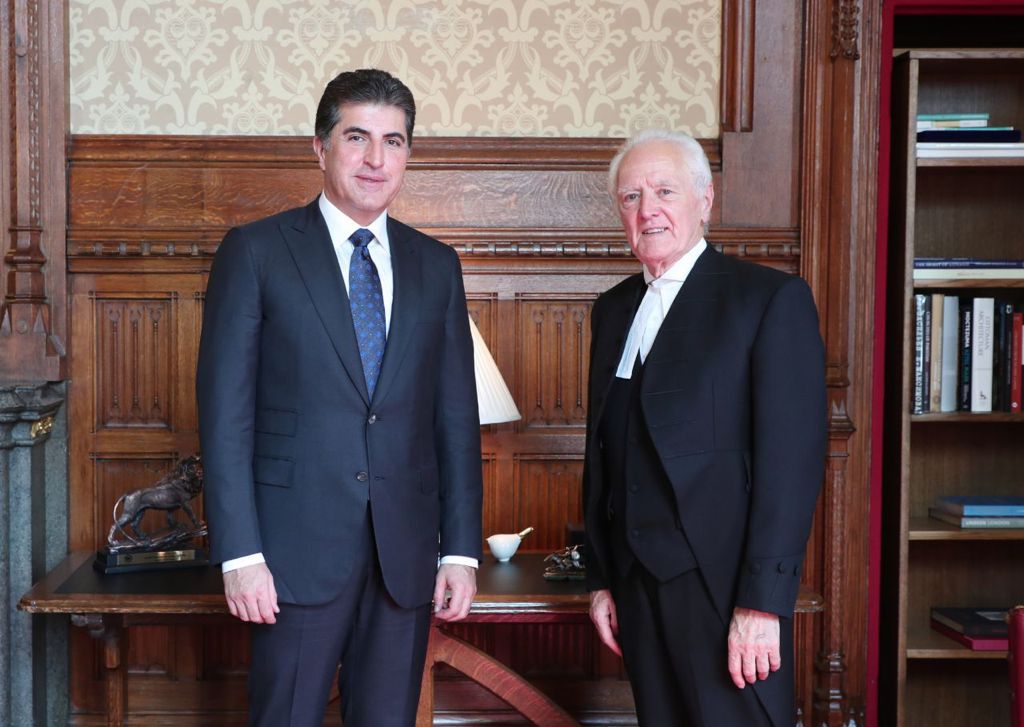 Shafaq News/ The President of the Kurdistan Region, Nechirvan Barzani, met with Lord John McFall, the Speaker of UK's House of Lords, in London on Thursday.

Lord McFall reiterated his country's support to Kurdistan, expressing appreciation for the Region’s role in confronting terrorism and defeating ISIS.

For his part, President Barzani conveyed the gratitude of the Kurdistan Region for the continued support of the UK House of Commons, House of Lords, and government to Iraq and the Kurdistan Region. The President thanked the UK Parliament for recognizing the ISIS crimes against the Yezidis and other communities in Iraq and Kurdistan as genocide. The President urged the UK parliament to support the Region in strengthening the democratic system and its institutions.