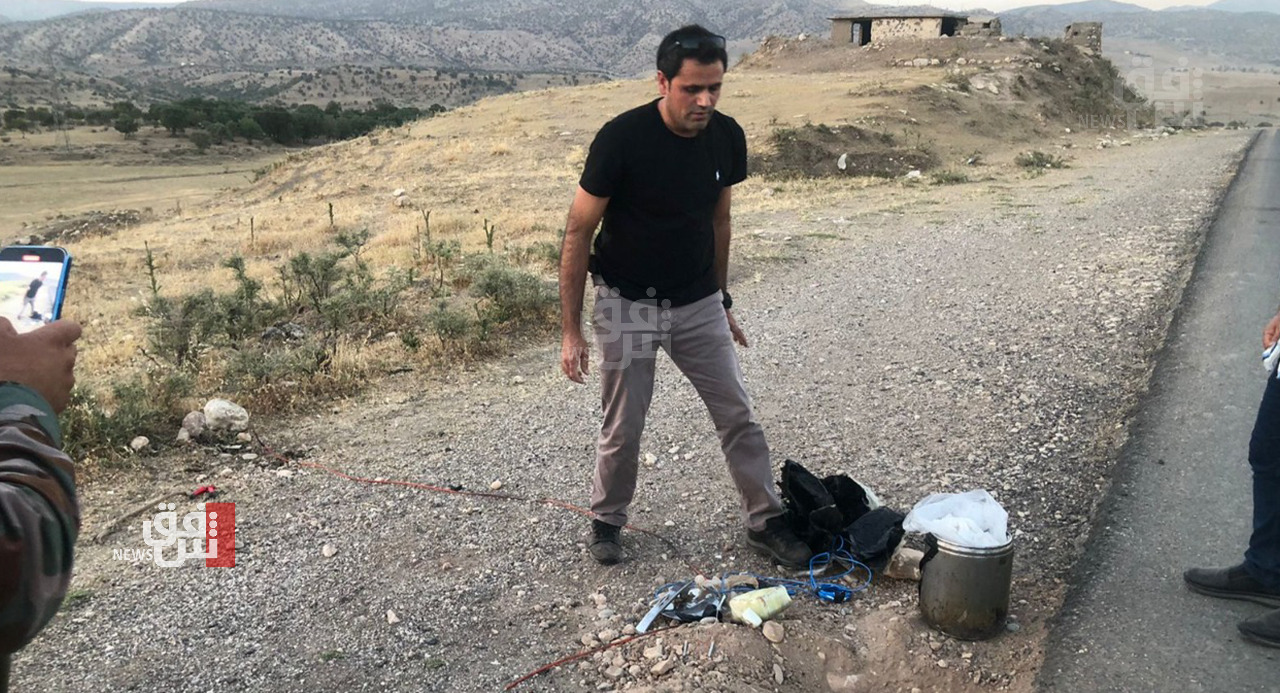 Shafaq News / On Thursday, the Peshmerga forces dismantled an explosive device planted by the Kurdistan Workers Party (PKK) in Duhok Governorate in the Kurdistan Region.

An official of the Peshmerga told Shafaq News Agency, "The device, which includes 10 kg of TNT, was planted on the side of the road near the village of Bike north of Duhok city."