Kurdistan’s President meets with the UN Special Representative for Iraq 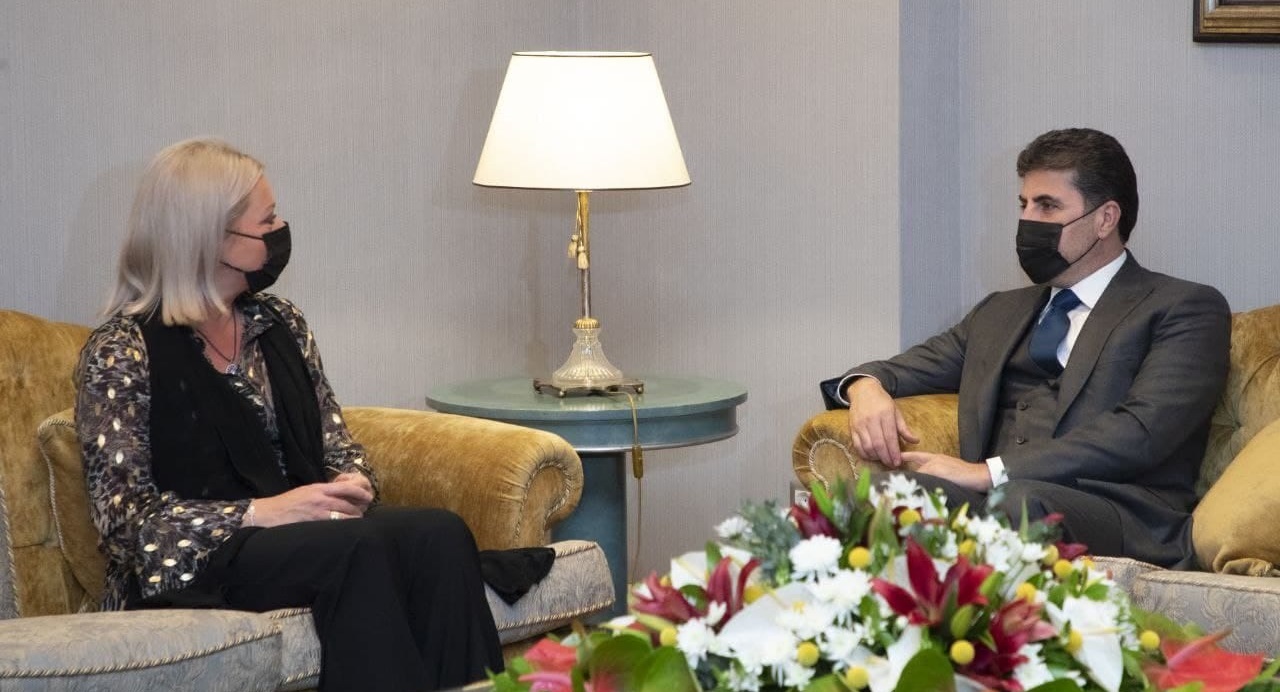 Shafaq News/ the President of Kurdistan Region Nechirvan Barzani met on Friday, the Special Representative of the United Nations Secretary-General for Iraq, Jeanine Hennis-Plasschaert, in Erbil

The Kurdish Presidency said in a statement that they discussed the current political situation in the country and the Region, the election of the presidency of the House of Representatives, and the efforts to form the new federal government.

According to the statement, the two sides affirmed the importance of protecting the security and political stability in Iraq and the need to reach a common understanding to address the problems and form a government that “can face challenges and serve the best interests of the country and all components.”

The statement indicated that Barzani and Hennis-Plasschaert confirmed the necessity of conducting the upcoming Kurdistan Parliament elections on time.