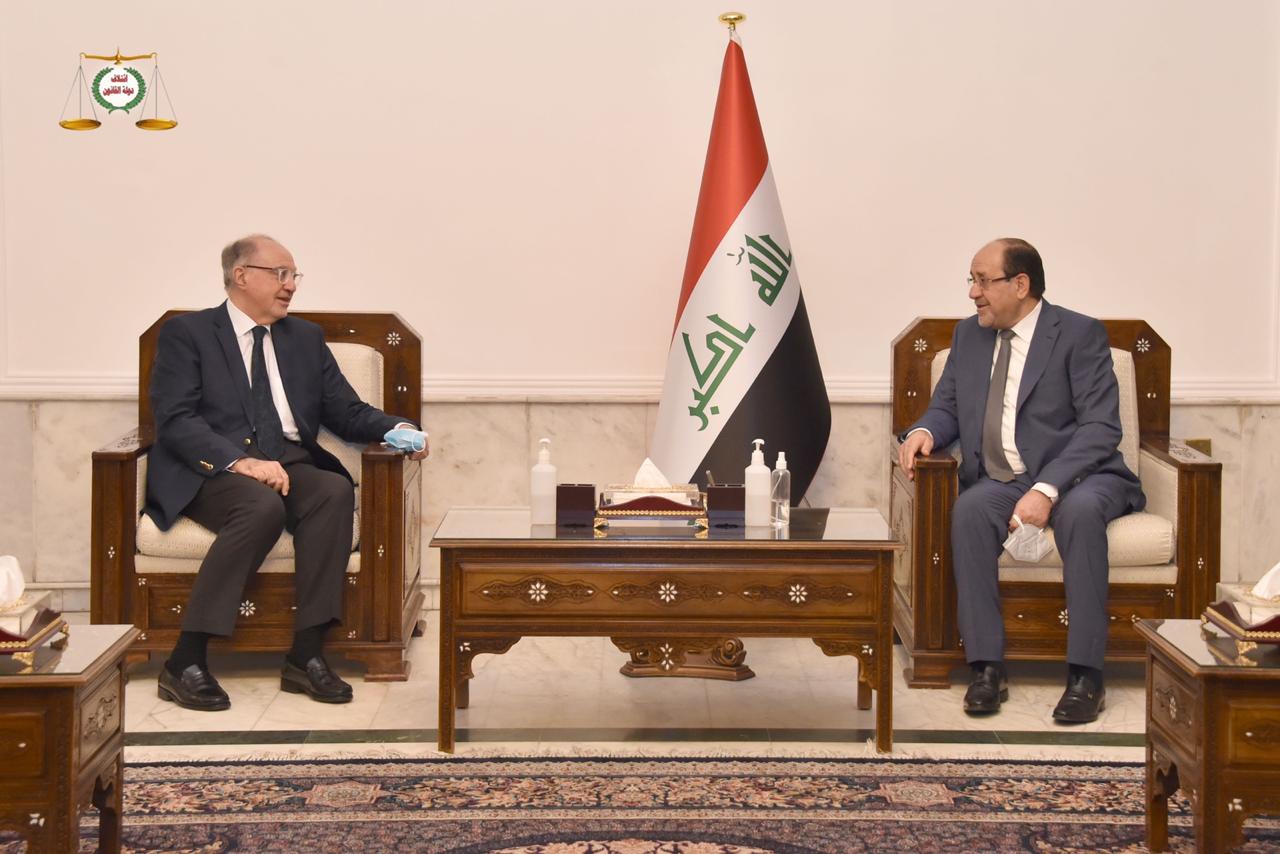 Shafaq News/ The Iraqi Minister of Finance, Ali Abdul Amir Allawi, pledged on Wednesday to issue a set of measures to mitigate the dinar devaluation effects within two weeks.

In a statement received by Shafaq News agency, the office of the head of the State of Law coalition, Nuri al-Maliki, said that the latter received Allawi earlier today, "the meeting touched upon the means to support Iraq against the current financial crisis, as well as the essential plans and measures required to overcome it," stressing, "the importance of joining efforts and solidarity to reduce the deficit in the general budget to achieve social justice."

According to the statement, "the necessity of carrying out appropriate reforms that contribute to rationalizing the expenditure and preserving public money."

The head of the State of Law coalition renewed his call on the government to "not neglect the rights of farmers and delay the payment of their dues."

In his turn, the Minister of Finance reviewed the procedures followed by the ministry in dealing with the economic and financial conditions.

Allawi emphasized, "the ministry will take a package of measures within two weeks to mitigate the effects of devaluation," calling for "concerted efforts to overcome the current stage and its repercussions on public life."

The government to discuss the final draft of the budget law next week, a source says