Opec Plus keeps oil on the boil 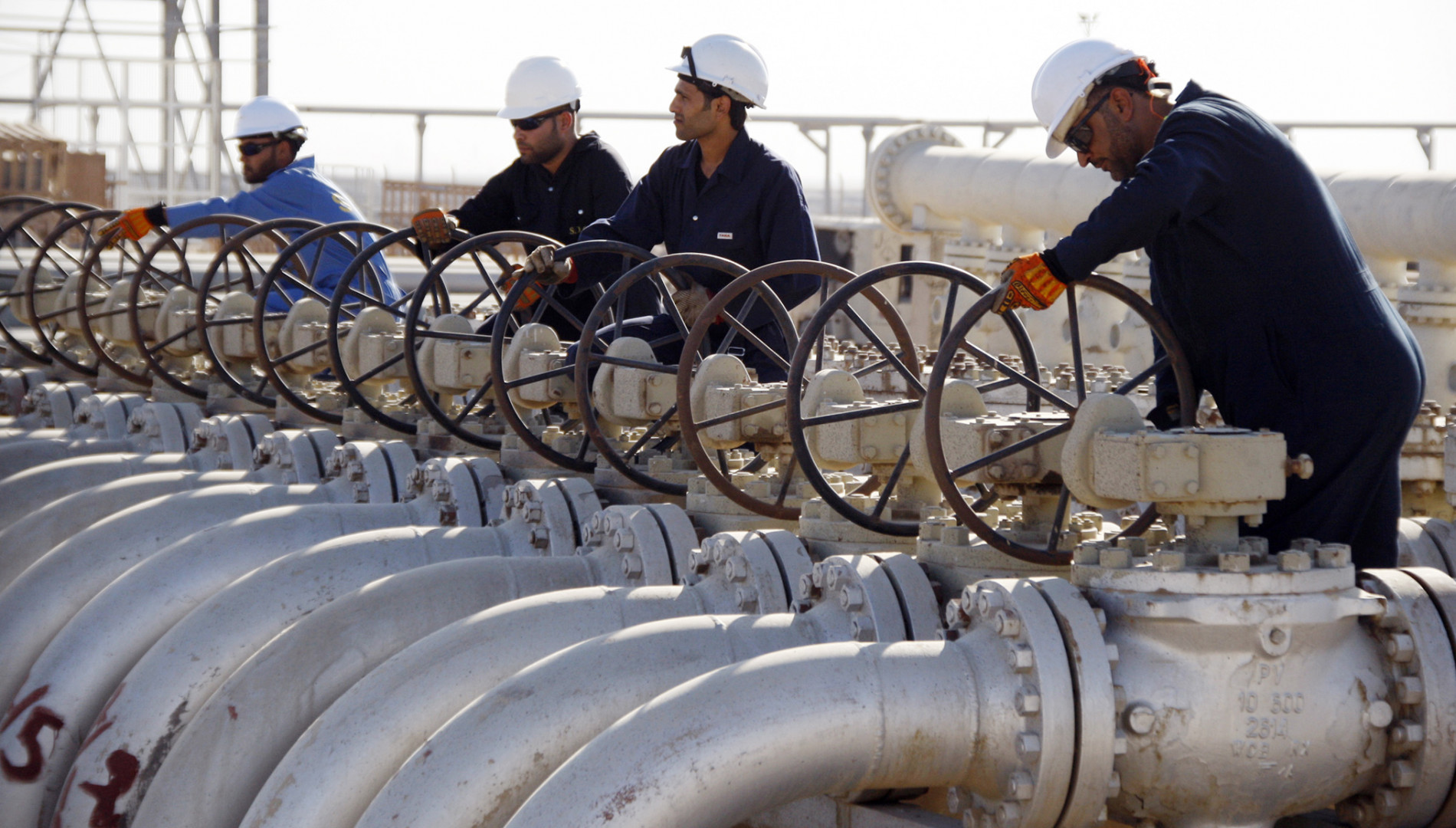 Shafaq News/ OPEC Plus countries, an alliance between the Organization of the Petroleum Exporting Countries and other major oil producers, are in the limelight as global oil prices soared above $120 a barrel last week as supplies failed to keep up with rising demand. The price of oil is expected to remain elevated for some time to come after the European Union decided last week to cut down oil imports from Russia by 90% by the end of this year and block European insurers from selling cover to tankers carrying Russian oil. The move is expected to worsen the present oil supply crunch as non-Russian oil producers may not be able to compensate for the lost Russian supplies and meet the EU’s demand for oil within a short span of time.

Under pressure from major oil importers, OPEC Plus last week agreed to raise production by 6,48,000 barrels a day in July and August, a jump of about 50% over the monthly increase set last year under a deal. OPEC Plus countries, which control more than 50% of the world’s crude supplies, had joined hands to cut down oil production by 10 million barrels a day in 2020. The decision was taken amid falling oil prices as demand for oil fell drastically due to COVID-19 lockdowns across the world. It is feared that as the global economy gets back on its feet, the failure of OPEC Plus countries to increase output quickly enough to pre-pandemic levels could cause oil prices to stay high.

It should be noted that OPEC Plus was created in 2016 when OPEC countries decided to ally with other oil-producing countries outside the group to cut down the global output of oil. Under the pact, called the Declaration of Cooperation (DoC), the countries have worked together to influence global energy prices. To institutionalise the cooperation further, OPEC countries and their allies, in a ministerial meeting held on July 2, 2019, accepted a ‘Charter of Cooperation’. “The Charter provides a platform to facilitate dialogue and exchange views regarding conditions and developments in the global oil and energy markets. The goal is to contribute to a secure energy supply and lasting stability for the benefit of producers, consumers, investors and the global economy,” according to the OPEC website.

The new grouping was seen as a response by oil-producing countries to protect their interests amid the rise of the U.S. shale industry. U.S. shale oil producers had caused a steep drop in the price of oil by massively increasing U.S. energy supplies and put the finances of OPEC governments under a lot of strain. OPEC itself was formed in 1960 as a cartel to influence the global price of crude oil. The global energy market was largely dominated by western multinational companies, called the ‘Seven Sisters’— Anglo-Iranian Oil Company (now BP), Royal Dutch Shell (now Shell), Standard Oil Company of California (later Chevron), Gulf Oil (now merged into Chevron), Texaco (now merged into Chevron), Standard Oil Company of New Jersey-Esso (now part of ExxonMobil) and Standard Oil Company of New York-Socony (now part of ExxonMobil).

In September 1960, Iran, Iraq, Kuwait, Saudi Arabia and Venezuela convened in Baghdad to discuss ways to pump up prices, which led to the formation of the cartel. “OPEC developed its collective vision, set up its objectives and established its Secretariat, first in Geneva and then, in 1965, in Vienna. It adopted a ‘Declaratory Statement of Petroleum Policy in Member Countries’ in 1968, which emphasised the inalienable right of all countries to exercise permanent sovereignty over their natural resources in the interest of their national development,” according to the OPEC site. The “oil shock” of 1973, which led to a doubling of the price of oil within a couple of years and contributed to stagflation in the U.S. which was marked by rapidly rising prices and faltering economic growth, was the result of an OPEC embargo, which also showed the cartel’s economic might.

Members of the cartel meet every month to decide the amount of oil they pump into the global market. According to current estimates, 79.4% of the world’s proven oil reserves are located in OPEC countries, mostly in West Asia. OPEC members produced about 37.1% of the world’s total crude oil in 2020.

Many economists believe that OPEC and its allies have been responsible for keeping oil prices high by artificially limiting supply. Cartels try to influence the price of goods or services by limiting their supply in the market. While this is good for the members of the cartel, it is bad news for consumers who will have less of the goods or services to consume. This, economists believe, has adversely affected the world economy. In the absence of the cartel, there would be no collusion between oil producers to limit supply and hence the total output of oil in the world would be higher. This means that there would be more oil available to fuel various economic activities, which would in turn mean that more goods and services are produced in the global economy and people enjoy higher standards of living.

Countries that depend on oil imports to meet their energy needs have been trying to find ways to tackle OPEC’s market power. Western countries like the U.S. and the U.K. have been exerting political pressure on OPEC countries to increase their output in order to prevent the global economy from slipping into a recession. The U.S. has also tried to boost its own domestic energy production so that it won’t have to rely on OPEC to meet its energy needs. In fact, the American shale revolution, which was driven by private oil producers that were free to exploit resources beneath the ground, managed to cut down America’s dependence on oil from West Asia and made the country a net exporter of oil.

India, however, has remained dependent on the import of oil to meet its energy needs. India’s domestic crude oil production in FY22 was at its lowest in almost three decades even as domestic oil consumption has increased significantly over the years. Structural reforms in the energy sector could help countries including India to boost domestic production and cut down their reliance on OPEC. Meanwhile, the sanctions imposed by the West on Russia have offered India an opportunity to purchase oil at highly discounted rates from Russia. Russia has been on a search for fresh buyers for its oil ever since the West imposed stringent sanctions on it for invading Ukraine.

Some economists have argued that, if it weren’t for OPEC, the global oil market would resemble the U.S. shale market that is characterised by many small producers competing against each other. In such a competitive market, no producer would have the market power to influence prices. Further, the lack of entry barriers would ensure that any attempt at forming a cartel would be busted eventually as abnormally high returns enjoyed by the cartel would attract competitors who want a share of the pie. It should be noted that while private cartels that artificially suppress output are unanimously condemned by everyone, OPEC, which is a massive cartel formed by governments, usually escapes such criticism. The future of OPEC is likely to depend on the fate of oil as a source of energy in the global economy. Some energy analysts believe that oil will remain a major source of energy in this century and that OPEC will continue to wield significant economic power. Others, however, believe that OPEC’s influence will wane as they foresee that the world will move away from its current dependence on fossil fuels.

Whatever the long-term outcome would be, in the near to medium-term the cartel would continue to remain powerful especially as energy prices are rocketing following the Russian invasion of Ukraine.