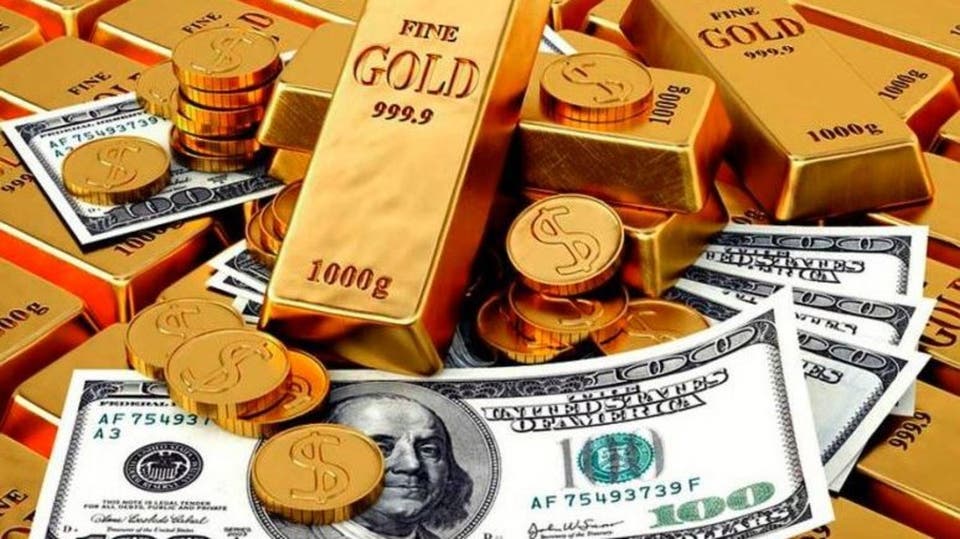 Shafaq News/ Gold prices edged down on Thursday, hovering near a two-month high, with a weaker dollar countering pressure from higher bond yields, as traders looked for clues on the Federal Reserve's pace of interest rate hikes from its policy meeting next week.

Although there is some profit-taking after Wednesday's jump, the Russia-Ukraine situation may still fuel a gold rally, as investors look for safe-haven assets to hedge against geopolitical tensions, said Margaret Yang, a strategist at DailyFX.

Tensions simmer between the West and Russia, with U.S. President Joe Biden predicting Moscow would make a move into neighbouring Ukraine, while Russian officials have denied this. But the Kremlin has massed some 100,000 troops near Ukraine's borders.

The dollar index extended losses for a second session, underpinning gold as a weaker greenback makes the metal less expensive for holders of other currencies, while benchmark 10-year Treasury yields edged higher, raising the opportunity cost of holding bullion.

The Fed will tighten monetary policy at a much faster pace than thought a month ago to tame persistently high inflation, now viewed by economists polled by Reuters as the biggest threat to the U.S. economy over the coming year.

Although gold is considered an inflationary hedge, the metal is highly sensitive to rising U.S. interest rates, which increase the opportunity cost of holding non-interest bearing bullion.

Asian shares shrugged off drops in Europe and on Wall Street overnight to break a five-day slide.