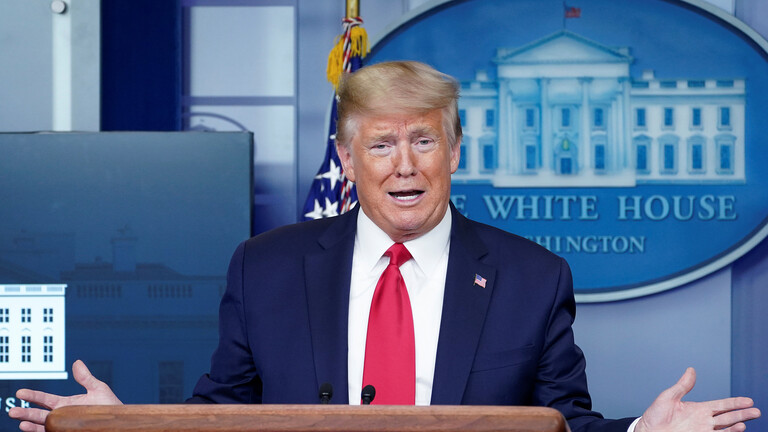 Shafaq News / US President Donald Trump considered that the United States is getting closer to normal with regard to fighting the spread of Corona virus.

"You see the numbers, and we are getting closer and closer to the return of our country to the way it was," Trump said during a press conference held on Wednesday.

He considered that before lifting the restrictions there should be a decline in the spread of the virus, and that the American authorities will rely on the assessments of health experts during the decision.

Regarding the new legislation to support the economy, Trump said the fourth stage of legislation could be passed at a later time, and now there is no time for what he described as "party tricks."

Trump indicated that the United States will receive about 300 million medical masks in May.

The US President also mentioned that he had contacted British officials, adding "I think their great Prime Minister (Boris Johnson) is doing better today."

It is noteworthy that the United States tops the list of the most widespread countries for Corona virus, with the number of infected people exceeding 400,000, and the number of deaths reaching more than 14,000 cases.

America is likely to be exposed to a "new wave" of Corona, Trump says