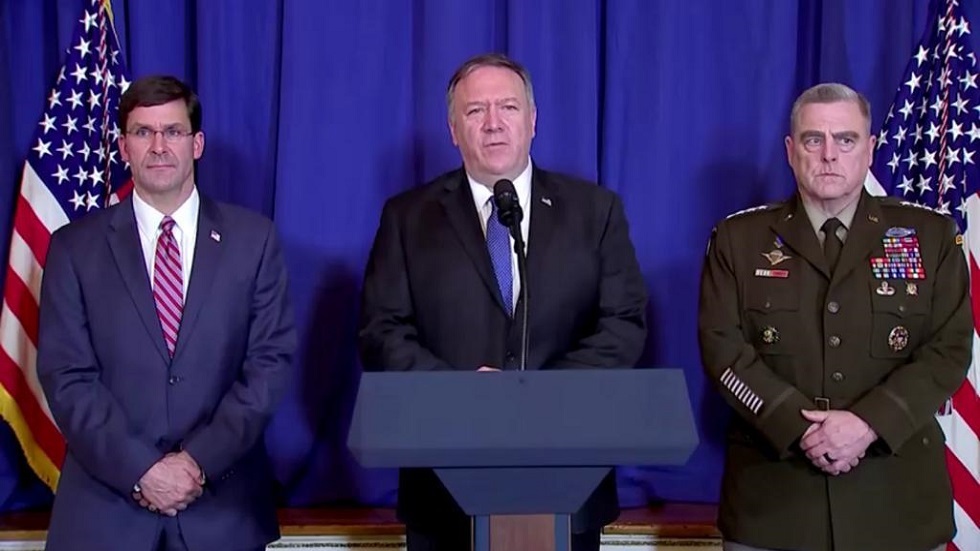 "The sanctions include the Iranian defense minister and two others involved in Tehran’s nuclear and weapons program," US Secretary of State Mike Pompeo said in a press conference with the ministers of defense, treasury and trade, which was followed by Shafaq News.

In turn, US Secretary of treasury Stephen Mnuchin said, "Washington imposes sanctions on a group of experts and officials in The Atomic Energy Organization of Iran."

" 5 scholars have been added to the list of sanctions against Iran, along with other entities," he added.

For his part, US Secretary of defense Mark Esper said, "The US is taking a new step to protect the Americans and our allies," stressing that "they are ready to respond to Iranian threats and continue to exercise maximum pressure on Tehran."

He added, "Iran is violating international resolutions by delivering banned weapons to groups such as Hezbollah and the Houthis."

Iran prepares for elections, the “Nuclear” still a controversial issue

Netanyahu demonstrates parts of an armed UAV sent by Iran