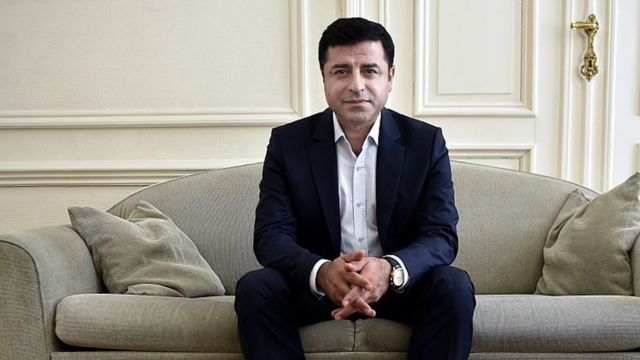 Shafaq News / A top Turkish prosecutor filed a case with the constitutional court on Wednesday demanding the closure of the pro-Kurdish Peoples’ Democratic Party (HDP) party, in the culmination of a years-long clampdown on parliament’s third largest party.

Turkey has a long history of shutting down political parties which it regards as a threat and has in the past banned a series of other pro-Kurdish parties.

The HDP had recently come under intensified pressure, with nationalist allies of President Tayyip Erdogan’s AK Party (AKP) calling for it to be banned over alleged ties to the outlawed Kurdistan Workers Party (PKK) militant group.

“(The HDP) move together with the PKK terrorist group and other linked organisations, they act as a branch of the organization with the aim of breaking the unity of the state,” appeals court chief prosecutor Bekir Sahin said in a statement.

The HDP, which has 55 seats in the 600-member parliament, denies any links to the militants.

Pressure on the HDP has grown since 2016 when Turkish authorities arrested its leader, Selahattin Demirtas.

Authorities have jailed or unseated many HDP lawmakers, mayors and officials in recent years, fuelling concerns about the human rights situation in Turkey.

Erdogan converts another former church into a mosque

The Iraqi embassy in Turkey closed due to COVID-19