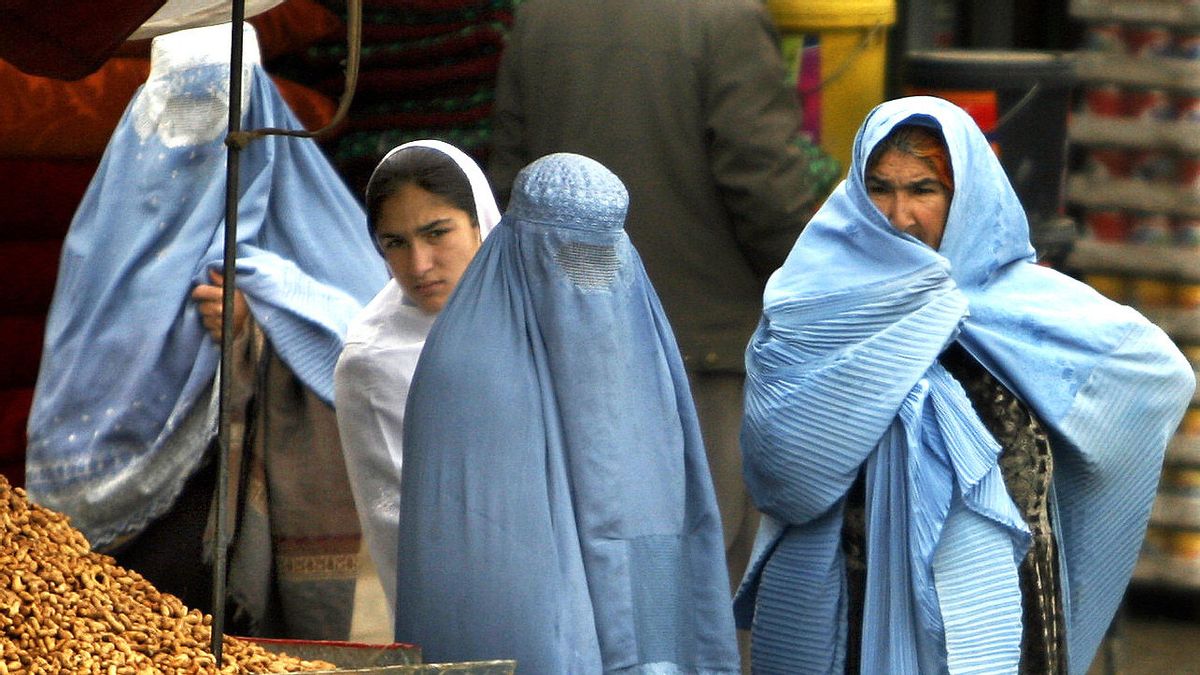 Shafaq News / The Taliban sparked outrage this week by announcing that women in northern Afghanistan would no longer be allowed to use communal bathhouses.

The use of bathhouses, or hammams, is an ancient tradition that remains for many people the only chance for a warm wash during the country’s bitterly cold winters.

Women, who regularly use the bathhouses for ritual cleaning and purification required under Islamic law, said this was another example of the Taliban tightening its grip and infringing their basic rights. They fear the ban will be extended to other parts of the country.

On Monday, Sardar Mohammad Heydari, from the provincial branch of the Taliban’s Ministry for the Propagation of Virtue and the Prevention of Vice, said women would be banned from bathhouses in Balkh and Herat provinces.

However, another Taliban commander, who spoke on condition of anonymity, told the Guardian that he did not support the decision, adding that Afghanistan’s new leaders should focus on “bigger struggles”.

The Taliban’s takeover in August has plunged Afghanistan into a humanitarian crisis. Millions of people are facing hunger and most are unable to afford firewood or coal for heating during the colder months. The majority of households do not have direct access to water, instead having to rely on public pumps or water trucks.

The UN predicts that 97% of Afghans could be living below the poverty line by the middle of the year. Even the 40 afghani (about 30p) entrance fee to the hammam is difficult to find, but many women have been scrambling to do so anyway.

Women in the north-western city of Herat, where only 39% of neighbourhoods have adequate access to water and sanitation, reported that some bathhouses had already closed.

Winuss Azizi, from the non-profit organisation Visions for Children in Afghanistan, said most households in Herat and Mazar-i-Sharif did not have the capacity or the facilities to heat large quantities of water.

“That’s why people rely on hammams in winter,” she said, adding: “Islam requires religious cleansing after menstruation, giving birth and sexual intercourse, which many visit bathhouses for. I have regularly seen women performing their purification prayer rituals at the hammam.”

Lina Ebrahimi, 26, who lives in Herat, said: “We have a small house with no space for a full bathroom with heated water; that’s why I used to go to the hammam. Other families might have no bathing facilities at all and fully depend on public bathhouses for cleaning. This opportunity is now taken from them.”

Women were barred from using public hammams during the Taliban’s 1996-2001 rule. Many of the ancient bathhouses were neglected for years and revived only after the 2001 US-led invasion.

Heather Barr, Human Rights Watch’s associate director of women’s rights, said she was “enraged” at “the cruelty of denying women the only relief from the cold for no reason at all”.

She said: “They seem to have the intention to want to meddle in every aspect of women’s lives. We heard warnings from Afghan women from the start, saying that the situation will get worse. Today, we’re seeing evidence that they were right.

“Why are they thinking of [stopping] women going to the hammam when people are starving?” said Barr.

This week, the Taliban also ordered shopkeepers to remove the heads of all mannequins, calling them unIslamic.