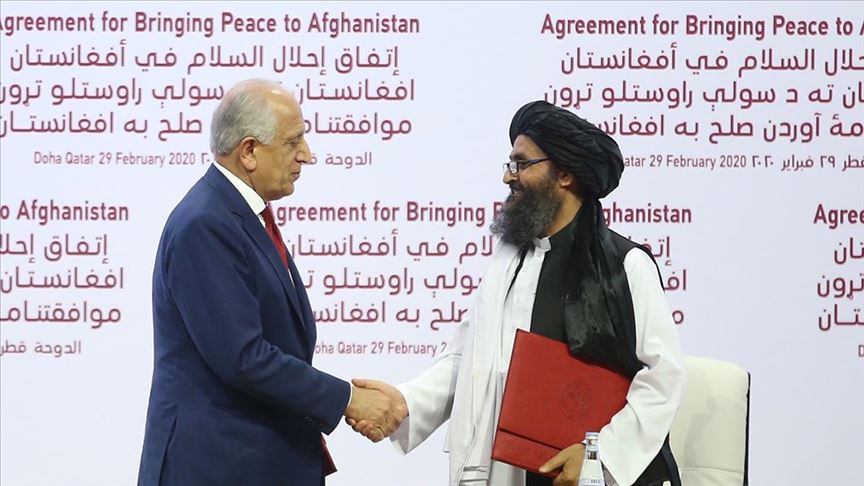 Shafaq News / U.S. sanctions against senior members of the Taliban’s new cabinet violate last year’s peace deal with America and should be rescinded immediately, the group said in a statement.

Sirajuddin Haqqani, leader of the Haqqani Network, who is on the FBI’s most wanted list for terrorism, has been named Afghanistan’s new acting interior minister. Two-thirds of the newly unveiled cabinet are on U.N. or U.S. sanctions lists. That’s likely to complicate any moves by the U.S. to cooperate with the Taliban, particularly as President Joe Biden has urged the militants to cut all ties with terrorist groups.

Haqqani and his family were “part of the Islamic Emirate,” the group’s spokesman Zabihullah Mujahed said in a statement Thursday. “Similarly, in Doha Agreement all officials of the Islamic Emirate without any exception were part of interaction with the U.S. and should have been removed from the U.N. and U.S. blacklists, a demand which still remains valid.”

“We urge that these incorrect policies be immediately reversed through diplomatic interactions,” Mujahed added.

U.S. Secretary of State Antony Blinken has said the Biden administration is watching the new government and “any legitimacy, any support will have to be earned.”

Baradar has long been the public face of the Taliban. He oversaw and signed the peace deal with the Trump administration in Doha, Qatar in February last year that paved the way for the exit of American and NATO troops from Afghanistan. According to the terms of that deal, the US should have removed any sanctions on the Taliban by August 27, 2020.

Biden says US recognition of Taliban ‘long way off’