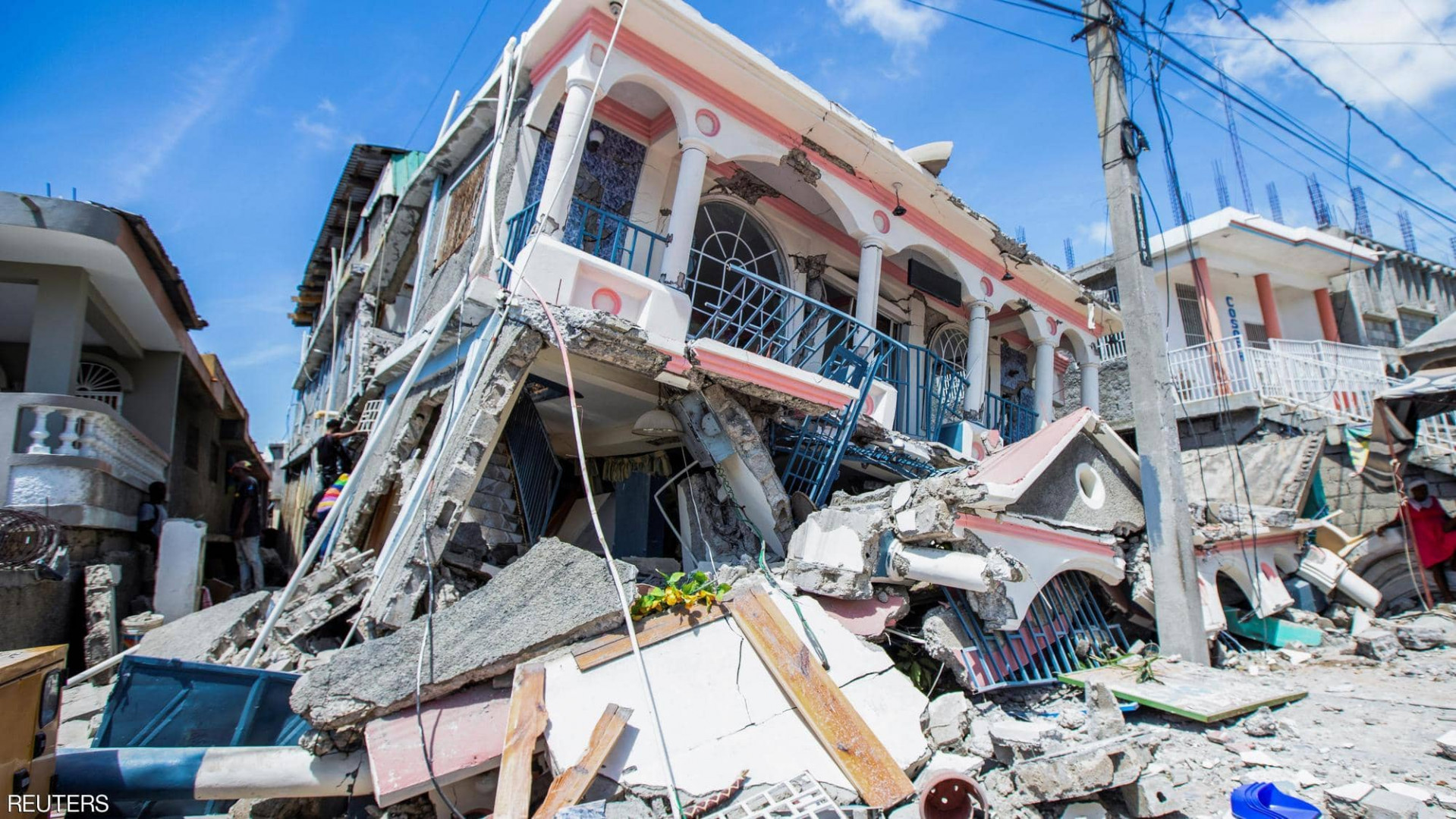 Shafaq News/Haitians labored overnight to pick through shattered buildings in search of friends and relatives trapped in the rubble after a devastating earthquake struck the Caribbean country on Saturday, killing more than 300 people and injuring many more.

The 7.2 magnitude quake flattened hundreds of homes in the impoverished country, which is still clawing its way back from another major temblor 11 years ago, and has been without a head of state since the assassination of its president last month.

Southwestern Haiti bore the brunt of the blow, especially in the region in and around the city of Les Cayes. Haitian officials had by Saturday evening registered at least 304 fatalities and more than 1,800 people injured.

Churches, hotels, hospitals and schools were badly damaged or destroyed, while the walls of a prison were rent open by the violent shudders that convulsed Haiti at 8:29 a.m. that morning.

"We need to show a lot of solidarity with the emergency," said Haiti's Prime Minister Ariel Henry, a neurosurgeon who was thrust to the forefront of the troubled country after the shocking assassination of President Jovenel Moise on July 7.

Some Haitians said they would spend Saturday night sleeping in the open, traumatized by memories of the magnitude 7.0 2010 quake that struck far closer to the sprawling capital Port-au-Prince, and killed tens of thousands of people.

Footage of Saturday's aftermath posted on social media showed residents reaching into narrow openings in piles of fallen masonry to pull out shocked and distraught people from the debris of walls and roofs that had crumbled around them.

Access to the worst-hit areas has been complicated by a deterioration in law and order that has left key access roads in parts of Haiti in the hands of gangs, although unconfirmed reports on social media suggested they would let aid pass.

Following Moise's assassination, which authorities have alleged was carried out by a group of largely Colombian mercenaries and Haitian accomplices, Prime Minister Henry said officials would aim to hold elections for a new president as soon as possible.

However, reports earlier this week suggested that the vote initially earmarked for September would not take place until November, and the chaos unleashed by Saturday's natural disaster is likely to make the task of prompt elections harder still.

The quake send tremors traveling as far as Jamaica and Cuba, and countries in the region quickly offered help to Haiti.

"I am saddened by the devastating earthquake that occurred in Saint-Louis du Sud, Haiti this morning. Through USAID, we are supporting efforts to assess the damage and assist efforts to recover and rebuild," said U.S. President Joe Biden.

Long racked by political instability, Haitians have also suffered at the hands of international aid efforts and peace-keeping deployments during the past decade.

A sexual misconduct scandal centering on Oxfam International blighted the record of charity workers in Haiti, while a cholera outbreak linked to U.N. peacekeepers led to thousands of deaths.

Writing on Twitter, tennis star Naomi Osaka, whose father's family are from Haiti, expressed her sorrow about the latest quake, saying she would give all the prize money she won at a tournament next week to the relief efforts.

"I know our ancestors blood is strong," she said, "we'll keep rising."

Biden: "This is America’s day”