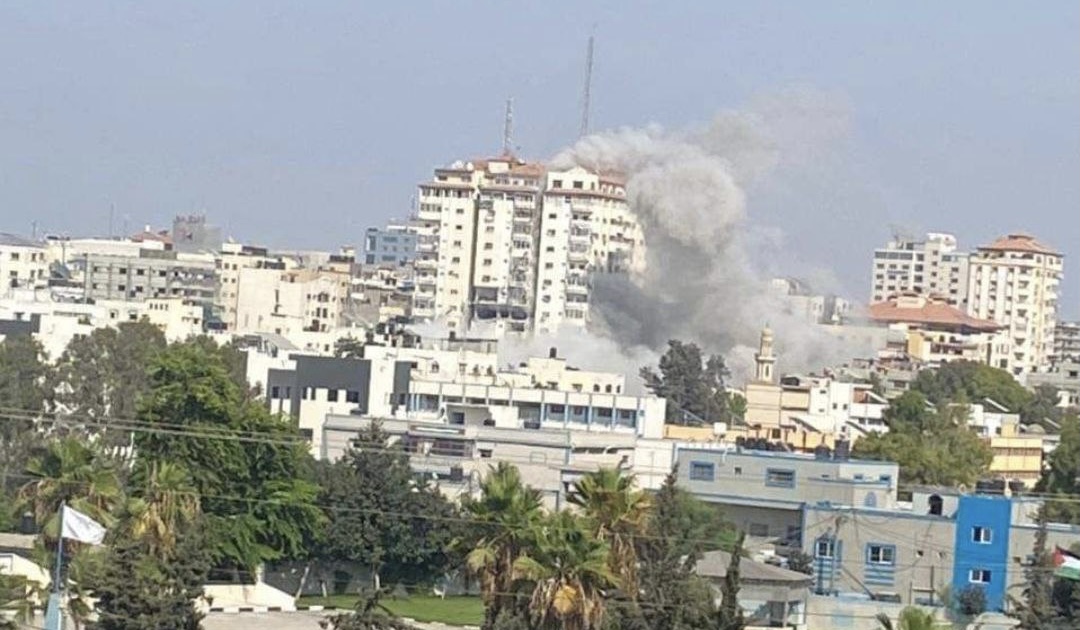 Shafaq News/ On Friday, Israel unleashed a wave of airstrikes in Gaza that it said targeted the Islamic Jihad militant group amid days of heightened tensions following the arrest of a senior member of the group in the occupied West Bank earlier this week.

A blast could be heard in Gaza City, where smoke poured out of the seventh floor of a tall building on Friday afternoon.

The Israeli military said it was targeting Islamic Jihad in an operation named “Breaking Dawn.” It also announced a “special situation” on the home front, with schools closed and limits placed on other activities in communities within 80 kilometers (50 miles) of the border.

The Palestinian Health Ministry says Israeli airstrikes on Gaza have killed four people and wounded another 15.

The Islamic Jihad militant group says a senior commander, Taiseer al-Jabari, is among those killed.

Islamic Jihad is smaller than Hamas but largely shares its ideology. Both groups are opposed to Israel’s existence and have carried out scores of deadly attacks over the years, including the firing of rockets into southern Israel. It’s unclear how much control Hamas has over Islamic Jihad, and Israel holds Hamas responsible for all attacks emanating from Gaza.