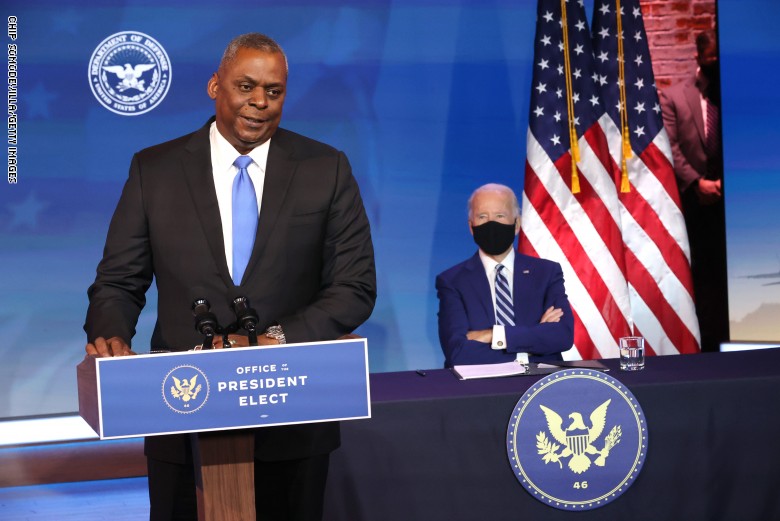 Shafaq News/ (Bloomberg) One of the stranger aspects of President-elect Joe Biden’s selection of retired General Lloyd Austin to be his secretary of defense comes in his explanation of why he made the choice. In an essay in the Atlantic, Biden says he chose Austin because of how he oversaw the withdrawal of U.S. forces in 2011 from Iraq.

“Pulling that off took more than just the skill and strategy of a seasoned soldier,” Biden wrote. “It required Austin to practice diplomacy, building relationships with our Iraqi counterparts and with our partners in the region.”

Biden is certainly in a position to know this. He was the Barack Obama administration’s point man on Iraq when he served as vice president. What’s puzzling is why Biden would select Austin because of – not in spite of – his role in the U.S. retreat from Iraq. The 2011 decision was a strategic blunder that Biden and Obama reversed in part in 2014, after an Islamic State army had taken Iraq’s second largest city and was threatening Baghdad.

A big reason why Obama agreed to a full withdrawal of forces from the country was because Austin, Biden and U.S. Ambassador James Jeffrey failed to get the Iraqi parliament to approve a provision that stipulated U.S. forces remaining in Iraq would not be tried in Iraqi courts. This may seem like a technical detail, but almost all status-of-forces agreements with foreign countries include such provisions.

Jeffrey explained in a policy paper released after he left his post in Baghdad that Iraq’s prime minister and president informed him that the country’s parliament would support a small U.S. presence in the country, but would not support the exemption from Iraqi law. After that, the White House announced the full withdrawal.

Austin does not deserve all of the blame for this failure. The Obama administration was slow to give a firm number of troops it wanted in Iraq throughout 2011. When the administration finally settled on 5,000, Iraqi leaders who were privately supportive of a continued U.S. troop presence worried that Obama’s commitment was not serious. Also, the administration failed to cajole the prime minister, Nouri al-Maliki, to share power with the more pro-American party that had won the most votes in Iraq’s 2010 election.

The full withdrawal from Iraq became a problem for U.S. interests soon after the last troops left, in several ways. For example, the absence of a U.S. military presence meant that there was no credible force inside of Iraq to deter regional rivals from using its airspace. Iran soon after began sending flights through Iraq into Syria to resupply the regime and its allied militias there.

Maliki also became emboldened after all U.S. forces left. He tried to have one of his vice presidents arrested, and declared a kind of martial law in Anbar province, where the U.S. had years earlier persuaded Sunni tribal leaders to switch sides and fight al-Qaeda.

Eventually, Obama had to send forces back into Iraq and later Syria. Austin was by then promoted to commander of Central Command, which encompasses the Middle East. He helped devise the outlines of the military strategy that ended up defeating the Islamic State after Donald Trump became president. It was a small contingent of U.S. special operators mixed with air power and local forces, comprised primarily of ethnic Syrian Kurds. Austin, though, never approved the looser rules of engagement that many military analysts credit with helping turn the tide against the Islamic State.

None of this is to say that Austin’s role in the U.S. withdrawal in 2011 is disqualifying. He was serving a president who campaigned on ending the Iraq war. Biden says Austin’s command of the U.S. withdrawal from Iraq showed a mastery of logistics, which will be important for a defense secretary who will oversee the distribution of the Covid-19 vaccine.

But Biden’s plea in the Atlantic to support his nominee is troubling nonetheless. The 2011 withdrawal from Iraq was an error forced by a failure of diplomacy. One would hope Biden learned from this experience. His defense of Lloyd Austin suggests he has not.

Biden repeats false claim about trips to Iraq and Afghanistan