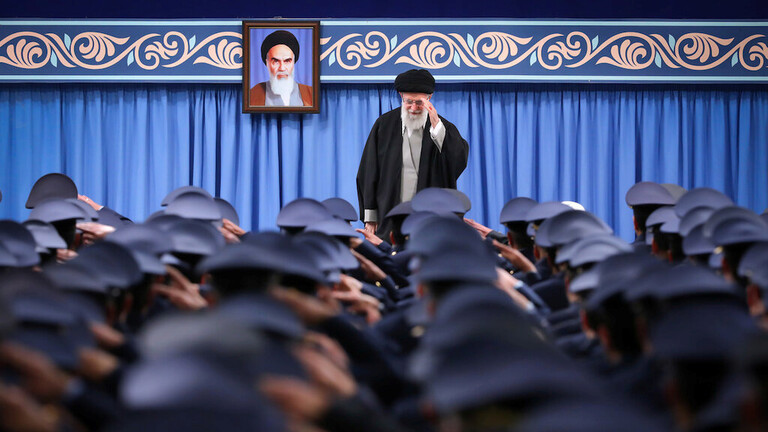 Shafaq News / Iran's Supreme Leader Ayatollah Ali Khamenei said on Tuesday the war in Ukraine should be stopped and accused the United States, which he called a "mafia-like regime", of creating the crisis.

Iran's top political authority also said the roots of the conflict must be acknowledged.

Khamenei criticised Washington and other Western nations as talks reached a critical stage in Vienna between Iran and world powers about reviving a 2015 nuclear deal.

Iran said on Monday efforts to revive the pact could succeed if the United States took a political decision to meet Tehran's remaining demands, as months of negotiations enter what one Iranian diplomat called a "now or never" stage.

The stakes are high, because the failure of 10 months of talks could carry the risk of a fresh regional war, more harsh sanctions on Iran by the West and continued upward pressure on world oil prices already strained by the Ukraine conflict.

Iran's foreign ministry spokesman said the remaining issue were the extent to which sanctions would be rolled back, providing guarantees that the United States would not quit the pact again and resolving questions over uranium traces found at several old but undeclared sites in Iran.

All parties involved in the talks say progress has been made toward the restoration of the pact to curb Tehran’s nuclear programme in exchange for sanctions relief, which the United States abandoned in 2018. But both Tehran and Washington have said there are still some significant differences to overcome.

"The United States is a regime that lives on crises ..., in my view, Ukraine is a victim of the crises concocted by the United States," said Khamenei.

"There are two lessons to be learnt here. States which depend on the support of the U.S. and Western powers need to know they cannot trust such countries. It is people that matter; if Ukrainians supported their government, the situation would have been different from the current crisis," he said.