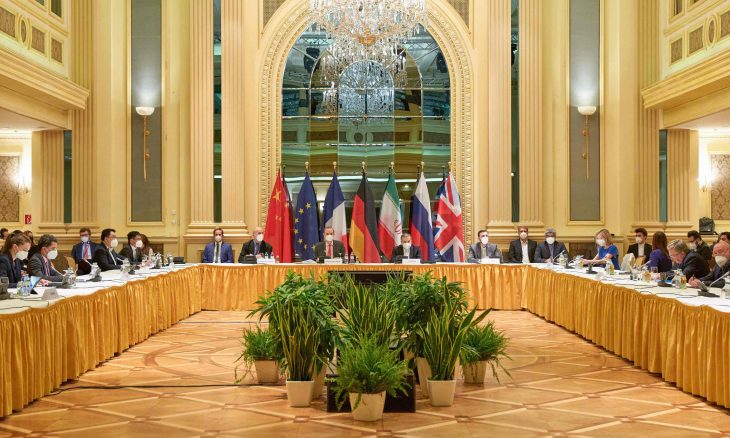 Shafaq News/ The parties negotiating a revival of the Iran nuclear deal agreed on Tuesday to speed up efforts to bring the United States and Iran back into compliance, Russia’s envoy to the talks said.

“The discussions proved that participants are guided by the unity of purpose which is full restoration of the nuclear deal in its original form,” Mikhail Ulyanov, Moscow’s ambassador to the U.N. atomic watchdog said on Twitter after senior diplomats met in Vienna. “It was decided to expedite the process.”

Russia's Ulyanov added that there are plans to hold a new bilateral meeting between the delegations of Moscow and Washington on April 29th.

“The Iranians seek to ease sanctions as much as possible; while the Americans believe that some sanctions are not related to the nuclear agreement and therefore can be kept.” He said.

Iran, Britain, China, France, Germany and Russia began a third round of meetings in Vienna on Tuesday to agree steps that would be needed if the 2015 agreement, which was abandoned by US in 2018, is to be revived.

The main differences are over what sanctions the United States will need to remove, what steps Iran will need to take to resume its obligations to curb its nuclear programme, and how to sequence this process to satisfy both sides.