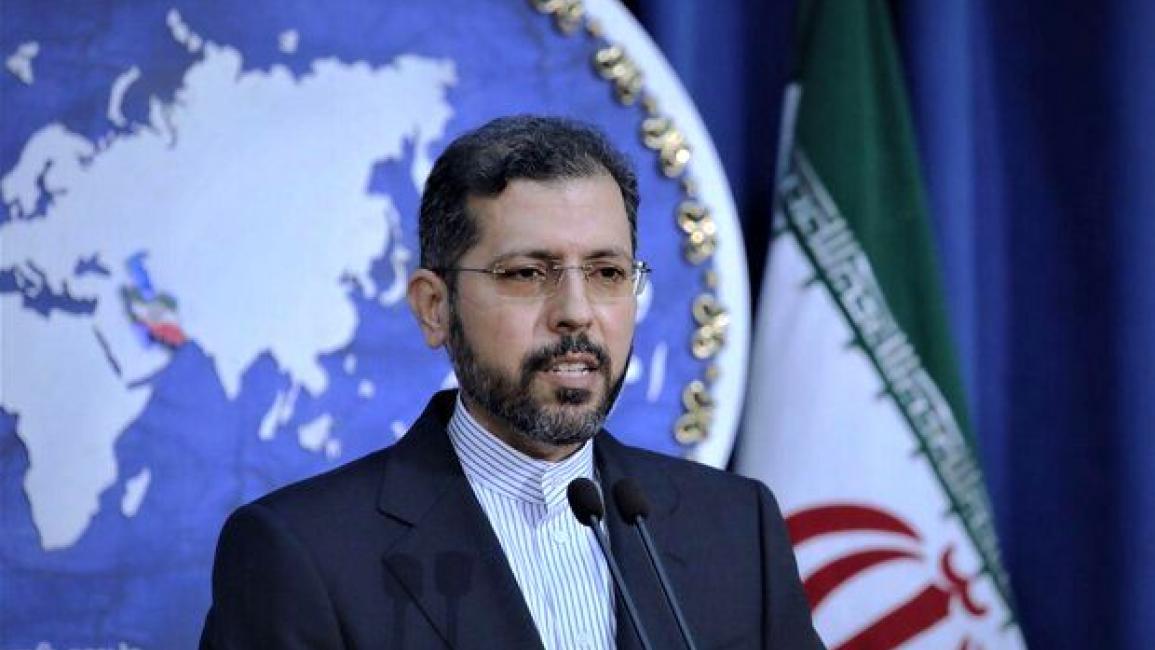 Shafaq News / Speaking in his weekly press conference, Khatibzadeh said that in the talks in the Austrian capital for a possible return of the US to the 2015 nuclear deal, Iran negotiates based on the two drafts it has offered on removing US sanctions and halting Iran's compensatory measures.

The drafts have been completely elaborated on and essentially there is no talk of step-by-step or interim deal, he added.

Iran and the other participants of the nuclear deal, namely China, France, Germany, Russia, and the UK, have so far held seven rounds of talks in Vienna to reach an agreement on how to remove US sanctions against Iran and have Tehran return to full compliance with the JCPOA.

Iran has reduced implementation of parts of its commitments in the deal in response to the US withdrawal in 2018 which led to resumption of US unilateral sanctions lifted by the deal in the first place.

Khatibzadeh said that the next round of these talks would be held later this week, but the exact timing would be announced by the EU deputy foreign policy chief Enrque Mora and Iran's Deputy Foreign Minister Ali Bagheri Kani who leads Tehran's negotiating team in the talks.

He noted that the other parties didn't raise any objection to the text of Iran's proposals, but they said that they had to contemplate and couldn't accept all of Iran's demands.

Europeans themselves admitted that no business can be done with Iran if Tehran's demanded verifications aren't implemented.

Khatibzadeh underlined that the talks weren't stopped, but negotiators have adjourned and other drafts could be delivered if necessary.

On the comments made by French President Emanuel Macron on Iran, Khatibzadeh said that if they were made for domestic consumption and marketing intentions, they can be neglected, but the French know that such comments have neither legal nor rational foundation.

The spokesman commented about France's arms deal with the UAE, saying that it was unacceptable to militarize the region even more, as the arms sold to the regional states were the root of the unrest seen today.

When asked what Iran's demands were in the proposed drafts, Khatibzadeh didn't elaborate on the details, but said that Iran wouldn't accept concessions less than what was agreed upon in the JCPOA nor would it make more commitments than in the deal.

He added that Iran's first draft was about the removal of US sanctions and the second one was about how Iran would stop its compensatory measures.