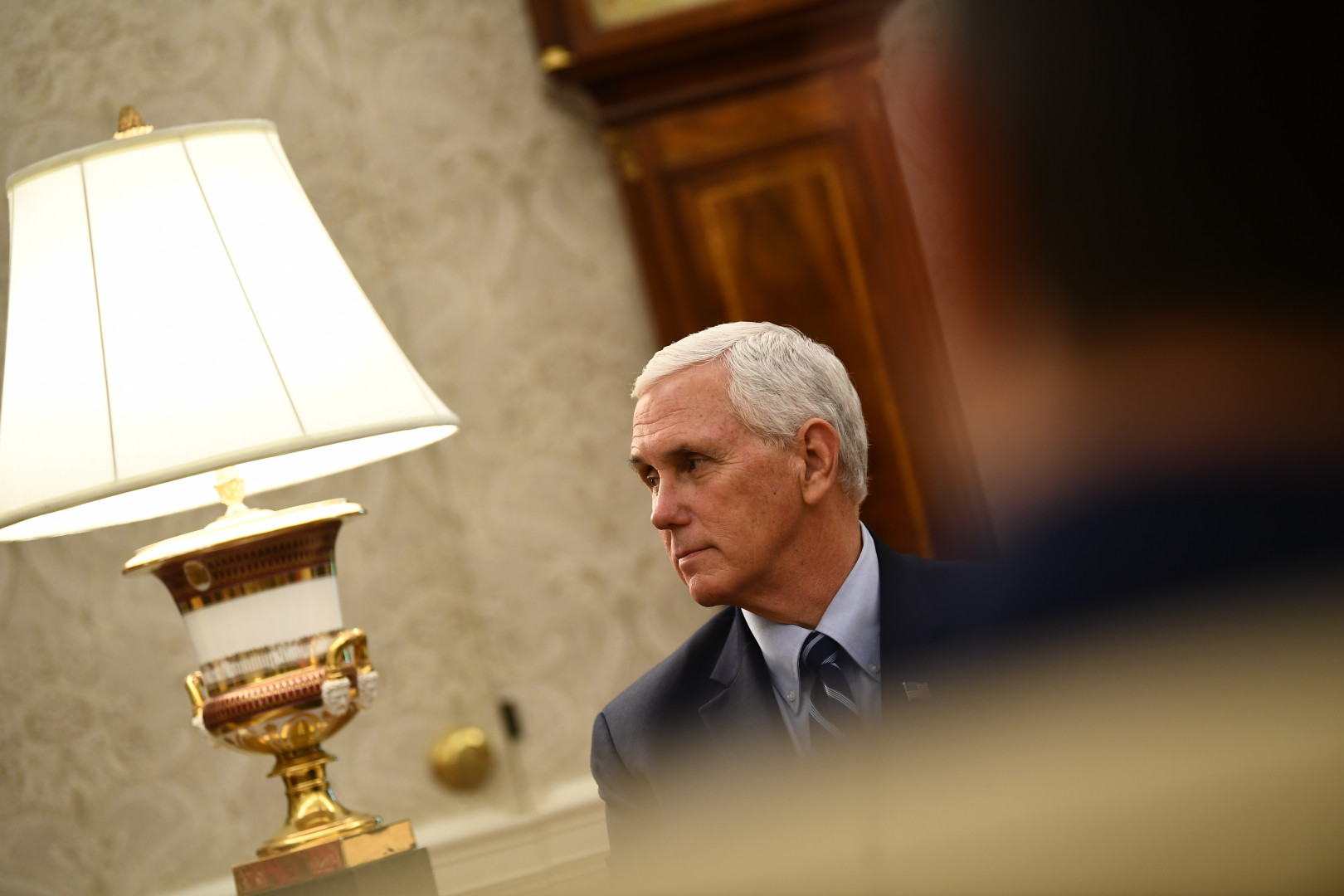 During Pence’s time in former President Donald Trump’s administration, the White House took an especially aggressive posture toward Iran, pulling out of the 2015 nuclear agreement with Tehran and ramping up sanctions against the Islamic Republic.

“Now President Biden and his administration are threatening to unravel all the progress we made in marginalizing the tyrannical regime in Tehran,” said Pence as he addressed thousands of members of the exiled Iranian opposition group the People’s Mujahedeen of Iran (MEK) in Albania.

“We call on the Biden administration to immediately withdraw from all nuclear negotiations with Tehran,” Pence added.

The MEK has attracted support from conservative Republicans in the past, including Trump’s former national security advisor John Bolton and former House Speaker Newt Gingrich.

The MEK backed Ayatollah Ruhollah Khomeini in the 1979 revolution that ousted the shah but rapidly fell out with the new Islamic authorities and embarked on a campaign to overthrow the regime.

Albania agreed in 2013 to take in some 3,000 members of the exiled Iranian opposition group at the request of Washington and the United Nations.

In April 2021, Joe Biden’s administration kickstarted a new round of negotiations with Iran in Vienna with the aim of returning the US to the nuclear deal, including through the lifting of sanctions on Iran.

But the ever-delicate dialogue has been stalled since March.

The 2015 agreement, formally known as the Joint Comprehensive Plan of Action or JCPOA, gave Iran sanctions relief in exchange for curbs on its nuclear program to guarantee that Tehran could not develop a nuclear weapon -- something it has always denied wanting to do.

But in 2018, the US withdrew from the accord under Trump and reimposed heavy economic sanctions that prompted Iran to begin rolling back on its own commitments.

Earlier this week, Iran’s foreign minister said the “train has still not derailed” in negotiations aiming to restore the 2015 nuclear deal with world powers, despite new US sanctions on the Islamic republic.