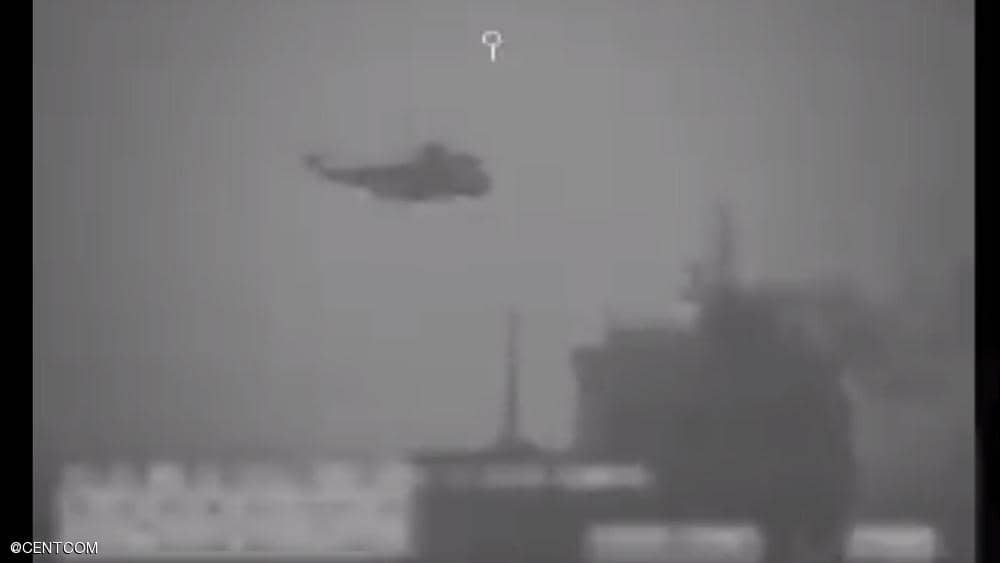 Shafaq news/ The US military on Wednesday released a video showing Iranian troops boarding a ship in the Arabian Gulf.

US Central Command posted footage on Twitter, which it said, showed the moment two Iranian ships and a helicopter overtook the ship.

“Today in international waters, Iranian forces, including two ships and an Iranian Sea King helicopter, overtook and boarded a ship called the Wila,” it said.

The video shows a helicopter approaching the ship and landing soldiers on it.

The Iranian government and official media did not immediately comment on the incident.