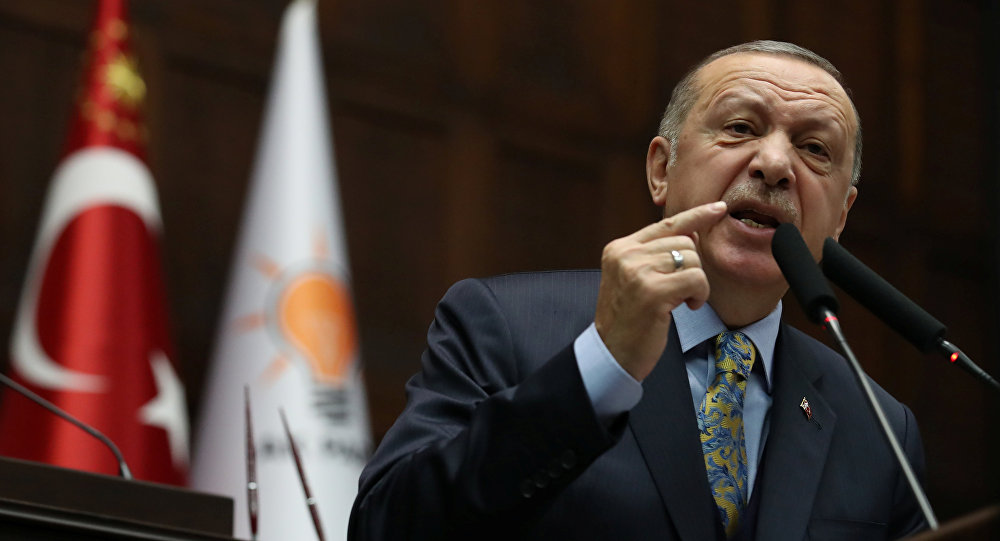 Shafaq News/ Turkish President Tayyip Erdogan said on Wednesday that U.S. sanctions imposed on Turkey over its purchase of Russian defense systems were an attack on Ankara's sovereign rights aimed at deterring its defense industry, a move which he said was bound to fail.

In his first public comments on the move, Erdogan said that problems stemming from the sanctions would be overcome and vowed to ramp up efforts towards an independent defense industry, while criticizing Washington for sanctioning a NATO ally.

"What kind of alliance is this? What kind of partnership is this? This decision is an open hostile attack against our country's sovereign rights," he said in a televised address.

"The real goal is to block the advances our country started in the defence industry recently and to once again render us absolutely dependent on them," he added.

"Surely there will be problems, but each problem will push open a door for us for a solution."

Washington says the S-400s pose a threat to its F-35 fighter jets and to NATO's broader defense systems. Turkey rejects this and says S-400s will not be integrated into NATO. On Wednesday, Erdogan repeated that the U.S. concerns had no technical basis.

He added that Ankara still produced close to 1,000 parts for the F-35 jets, despite being removed from the program over the S-400 purchase. Turkey had also been due to buy more than 100 F-35 jets.

"Thank God, Turkey has long left behind the period of being stuck by such sanctions," he said.

Erdogan: Turkey is one of top three countries in production of UAVs