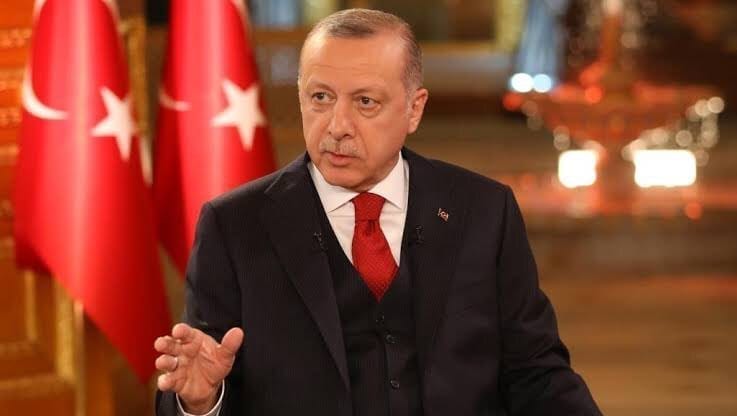 Shafaq News / As reported by the Anadolu Agency, the Turkish president stated that Ankara would resolutely continue its efforts in Iraq, Syria and Libya, to ensure, as he said, a victory for Turkey and its allies.

The president said Turkey will not hesitate to exercise its sovereign rights "as in the example of Hagia Sophia Grand Mosque, which we re-opened for worship on a Friday in line with the foundation charter of Mehmet the Conqueror."

"We will continue to stand with all facing oppression and injustice no matter in which part of the world they live and regardless of their faith, origin, and culture," he asserted.

The Turkish president, in his Eid al-Adha message on Thursday, praised the country's fight against the novel coronavirus, and urged the citizens to abide by healthcare measures.

Praising Turkey’s fight against the virus, Erdogan added Turkey successfully managed the pandemic, which has also been "admired by the entire world."

Erdogan: Turkey is one of top three countries in production of UAVs

Erdogan furious with high commodity prices amid the Lira recovery