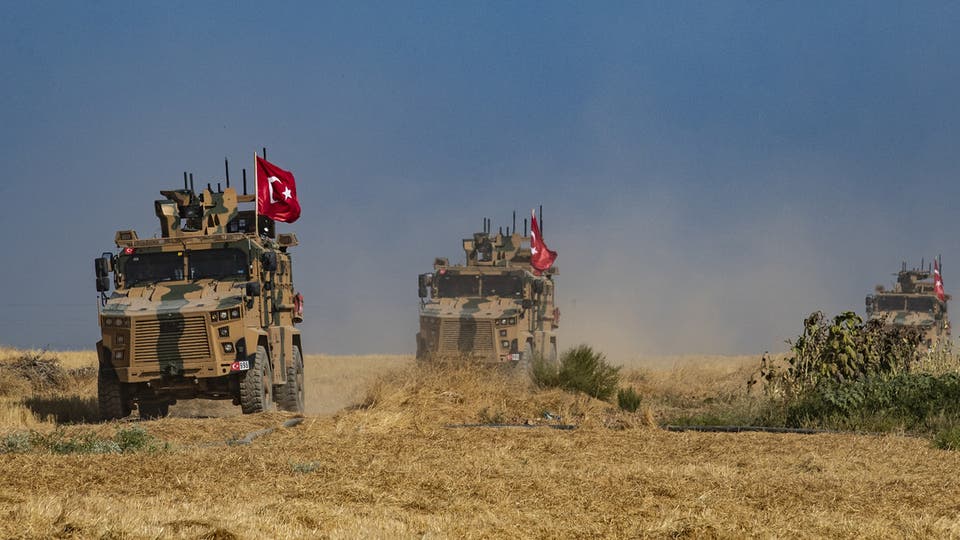 Shafaq News/ Turkey will not hasten to stage a new military operation against armed Kurdish groups in northern Syria, President Recep Tayyip Erdogan said on Friday, putting brakes on the promised offensive targeting the towns of Tal Rifaat and Manbij.

"No need for hurry. We don’t need to do that," Erdogan told journalists accompanying him to Madrid where he met with US President Joe Biden on the sidelines of the Nato summit.

"We already work in the area. As you know we have ongoing [operations] in northern Iraq as well as northern Syria," he said, adding that Turkey would begin its new operation in Syria "when the time is right".

Erdogan's much-awaited phone call and meeting with Biden appears to have decreased the Turkish president’s appetite for a hasty operation in Syria.

Many Ankara insiders think that Erdogan has been leveraging Syria and Nato enlargement topics to make progress in negotiations with Washington on a set of issues such as the Turkish deployment of its Russian-made S-400 missile defence system, its involvement in the American F-35s fighter jet programme, and other regional issues.

Erdogan announced in late May Turkey's plan to launch another military operation in Syria to "rid northern Syria's Tal Rifaat and Manbij areas of terrorists".

Earlier this week, he said the military was planning to establish a "30km security zone along our southern border".

The timing of the operation announcement last month was the result of Ankara’s ongoing offensive against Kurdistan Workers’ Party (PKK) fighters in northern Iraq, where it is bidding to end PKK infiltration by sealing the last remaining land corridor between Turkey and Iraq, Turkish sources told Middle East Eye.

"The recent PKK activities to transfer fresh forces and ammunition to Iraq from Syria triggered a response," one of the military sources told MEE at the time.

The operation would be the fourth of its kind mounted by Ankara in northern Syria since 2016 with the declared purpose of combating threats to Turkey from the Islamic State (IS) group and PKK-allied Syrian Kurdish groups, as well as enabling the resettlement of internally displaced Syrians.

Earlier operations - namely Euphrates Shield in 2016, Olive Branch in 2018 and Peace Spring in 2019 - saw Turkey and its Syrian allies seize border territory previously controlled by the People's Protection Units (YPG), a group that Ankara says has direct links to the PKK.

Turkey and western governments, including the United States and the European Union, designate the PKK as a terrorist organisation.

Russia, which controls the airspace in northern Syria, warned Ankara in recent weeks that a new operation would cause instability in the country and Turkey should avoid violence.

However senior Russian officials including Foreign Minister Sergey Lavrov was not forceful in his meetings with the Turkish officials last month, according to the sources who spoke to MEE. "He avoided directly warning us on any new operation, he only transmitted usual caveats," a source with information said.

Why the UAE is publicly embracing Syria-Report

U.S. permits some foreign investment in northern Syria despite sanctions

VOA: Will winding down the U.S. combat mission in Iraq affect anti-IS efforts in Syria?