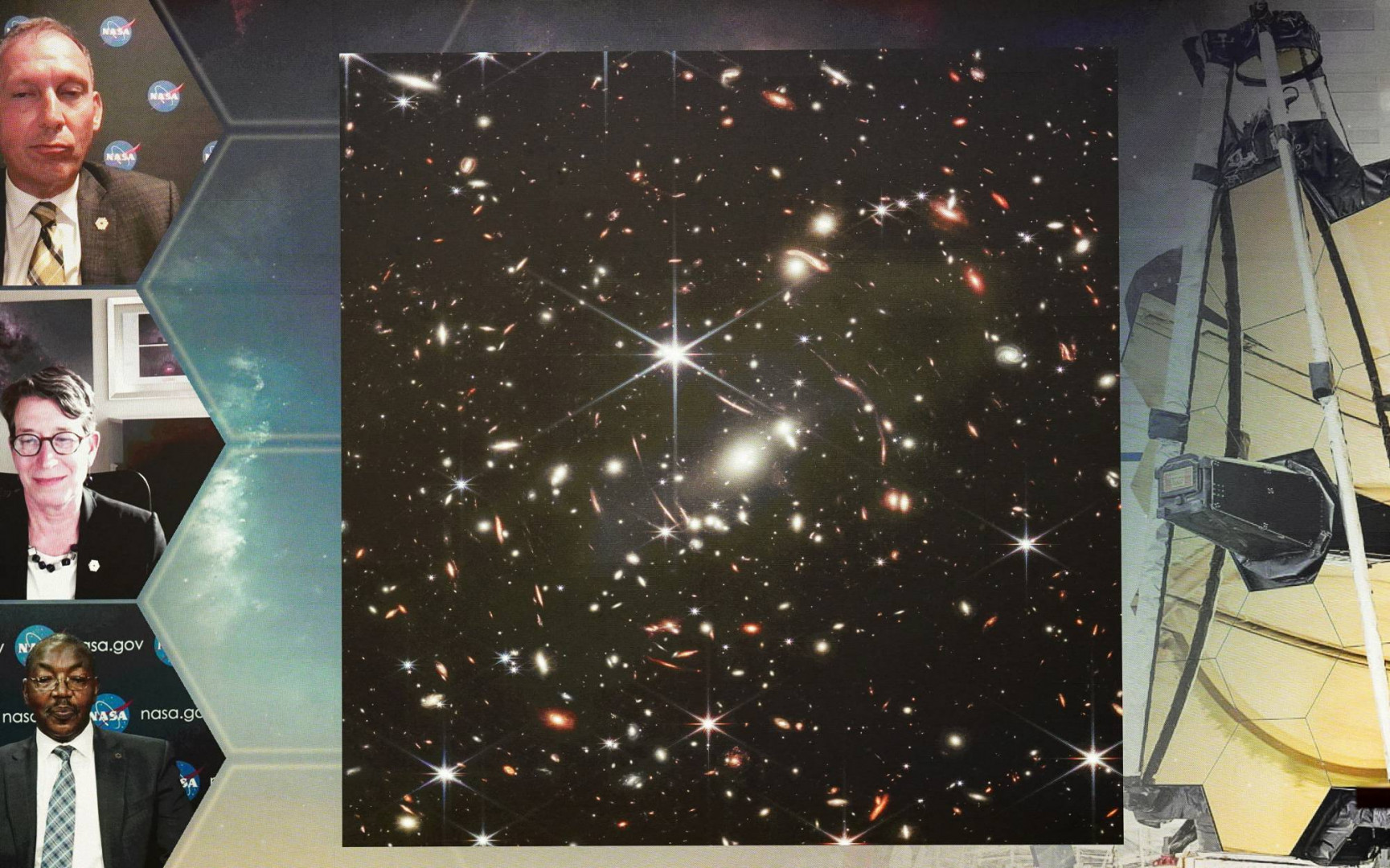 Dhafaq News / U.S. President Joe Biden, pausing from political pressures to bask in the glow of the cosmos, on Monday released the debut photo from NASA's James Webb Space Telescope - an image of a galaxy cluster revealing the most detailed glimpse of the early universe ever seen.

The White House sneak peek of Webb's first high-resolution, full-color image came on the eve of a larger unveiling of photos and spectrographic data that NASA plans to showcase on Tuesday at the Goddard Space Flight Center in suburban Maryland.

The $9 billion Webb observatory, the largest and most powerful space science telescope ever launched, was designed to peer through the cosmos to the dawn of the known universe, ushering in a revolutionary era of astronomical discovery.

The image showcased by Biden and NASA chief Bill Nelson showed the 4.6 billion-year-old galaxy cluster named SMACS 0723, whose combined mass acts as a "gravitational lens," distorting space to greatly magnify the light coming from more distant galaxies behind it.

At least one of the faint, older specs of light appearing in the "background" of the photo - a composite of images of different wavelengths of light - dates back more than 13 billion years, Nelson said. That makes it just 800 million years younger than the Big Bang, the theoretical flashpoint that set the expansion of the known universe in motion some 13.8 billion years ago.

"It's a new window into the history of our universe," Biden said before the picture was unveiled. "And today we're going to get a glimpse of the first light to shine through that window: light from other worlds, orbiting stars far beyond our own. It's astounding to me."

Biden tweets demand for gas stations to 'bring down' prices

Biden: "This is America’s day”