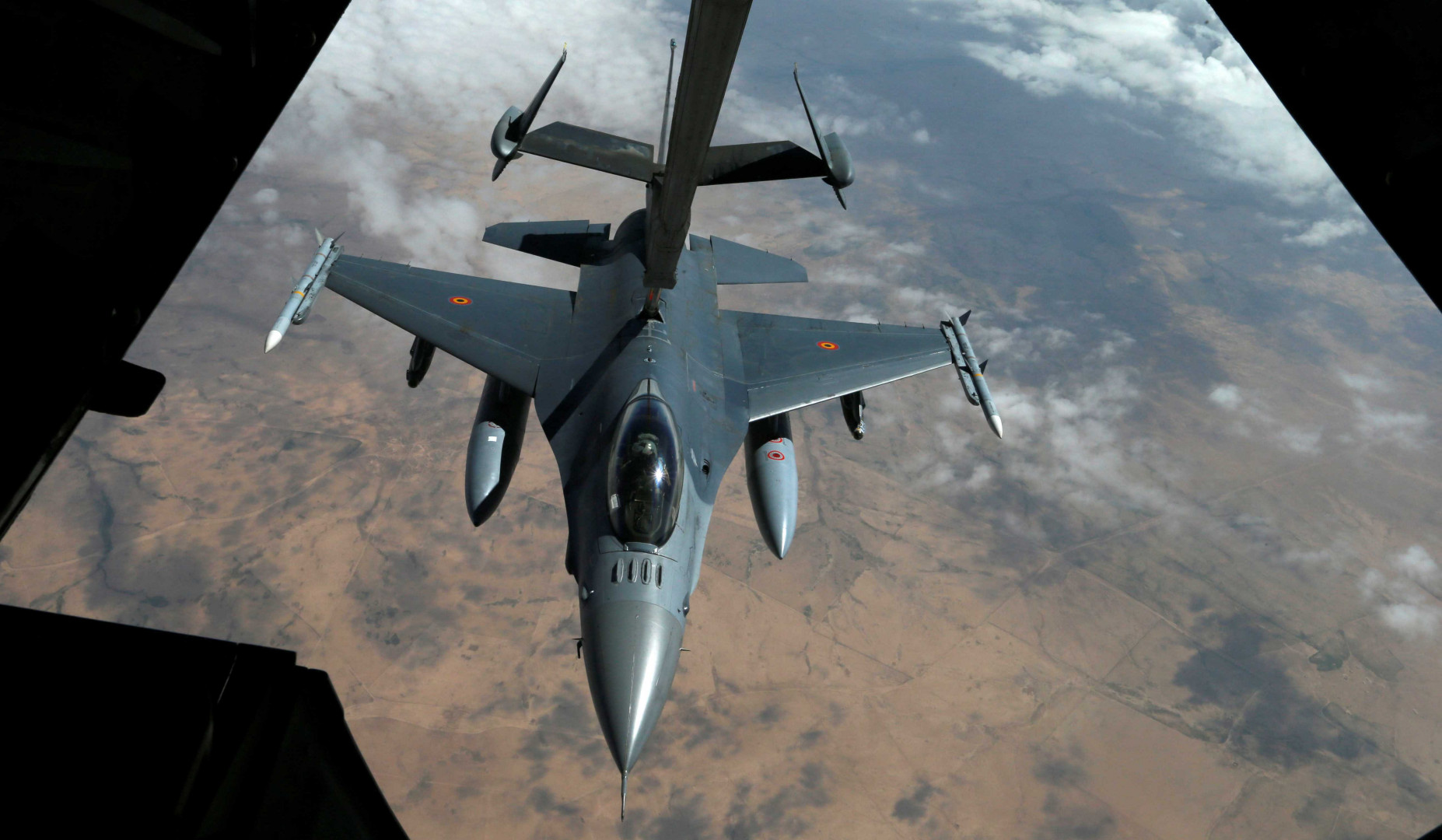 Kirby said the U.S. acted within its legal rights and said the airstrikes were a matter of self-defense.

"The strikes were both necessary to address the threat and appropriately limited in scope," Kirby's statement said. "As a matter of domestic law, the President took this action pursuant to his Article II authority to protect U.S. personnel in Iraq."

U.S. Air Force F-15s and F-16s from U.S. bases in the Central Command region carried out Sunday's airstrikes with precision-guided munitions at about 6 p.m. ET, a defense official told ABC News. The official said it's too early to know if there were any “militia” or civilian casualties.

The sites hit by the U.S. were determined to have had command, control and logistics capabilities, the official said.

A defense official said this is the second such attack ordered under the Biden administration, the last being on Feb. 25 against Iranian-backed “militia” groups in response to rocket attacks.

Since April, there have been five "one-way UAV attacks," as well as "ongoing rocket attacks," on U.S. and coalition facilities in the region, according to Pentagon spokesperson Cmdr. Jessica McNulty

There were no U.S. or coalition casualties from those five attacks, a defense official confirmed.

“The strikes were necessary, appropriate, and deliberate action designed to limit the risk of escalation," McNulty said in a statement. "Through these and other means, we seek to make clear to Iran and Iran-backed “militia” groups that there will be serious consequences if they continue to attack, or to arm, fund, and train “militia” groups that attack our people. We will take necessary and appropriate measures to defend U.S. personnel, partners, and allies in the region.”

As Biden returned to the White House Sunday from Camp David, the president did not answer questions shouted from reporters about the airstrikes.