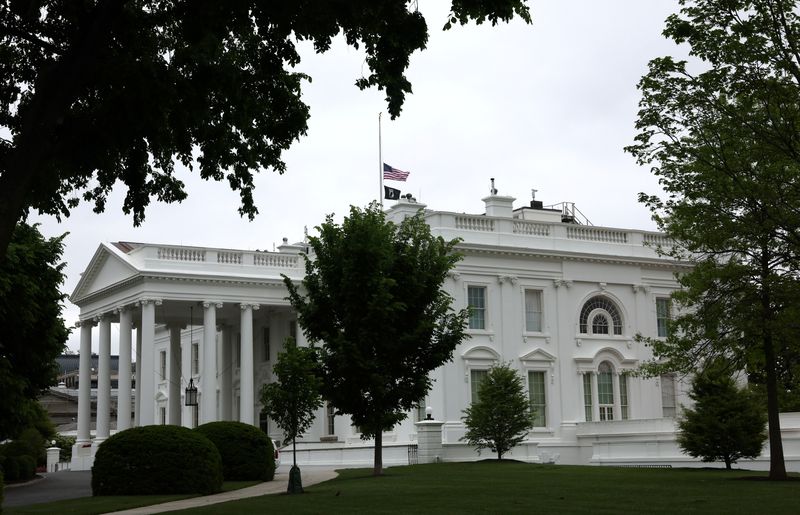 Shafaq News/President Joe Biden on Thursday commemorated the COVID-19 deaths of 1 million people in the United States, marking what he called "a tragic milestone" and urging Americans to "remain vigilant" during the ongoing pandemic.

In a statement, Biden acknowledged the impact of the deaths on families left behind and urged the country not to "grow numb to such sorrow."

The United States on Wednesday reached more than 1 million COVID-19 deaths, according to a Reuters tally, crossing a once-unthinkable milestone about two years after the first cases upended everyday life. The loss represents about one death for every 327 Americans, or more than the entire population of San Francisco or Seattle.

Most of those deaths, some 600,000, happened after Biden took office in January 2021 at the peak of a major wave of the disease.

Biden marked the sad occasion by ordering flags to be flown at half-staff. The administration on Thursday also hosted a global COVID Summit with other countries to spur international efforts to fight the pandemic.

Biden's more muted response to the 1 million deaths contrasts with his commemoration of 500,000 deaths last year, roughly a month after he took over from former President Donald Trump, who many voters criticized for downplaying COVID's impacts and bungling the government response.

In February 2021, 500 lit candles lined steps at the White House and a military band played "Amazing Grace" as Biden, his wife Jill, Vice President Kamala Harris and her husband, Doug Emhoff, bowed their heads in respect for the dead.

Politically, Biden now owns the pandemic. He ran against Trump on a promise to take it more seriously, and he came into office with a plan to get Americans vaccinated and an attempt to show leadership on mask-wearing and mitigation efforts.

But he faced an unexpectedly strong opposition to vaccine and mask mandates, led by Republicans, that turned public safety measures endorsed by disease experts into a political and legal battle in the United States.

A conservative-dominated Supreme Court struck down his federal vaccine-or-test mandate for companies, and a Trump-appointed judge struck down his public transportation mask mandate.

READY TO MOVE ON

The administration's focus on vaccines as the way out of the pandemic also left it scrambling when new virus variants emerged that were resistant to them, health experts said, while some critics also faulted Biden's team for not doing enough early on to increase coronavirus testing nationwide.

Just 67% of Americans are fully vaccinated - one of the lowest rates among wealthy countries - and hundreds are still dying from the disease every day.

Now, even with cases once again rising, mask-wearing is less common, mandates are increasingly taboo, and some Democrats, including in the administration, seem ready simply to move on.

Polls seen by the White House have shown that some key voters view the party's response to COVID, which Biden aides have long viewed as one of the president's strengths, as too heavy-handed.

While many Americans are eager to maintain the use of masks and other safety measures, many are also fatigued by the two-year-old pandemic and more focused on fears about the direction of the economy, one White House official said, citing public and Democratic polls.

That has been reflected in Biden's response.

In his recent public remarks, the president mentions COVID-19 more often as a cause of inflation than as a sickness that Americans should work to avoid. The administration has emphasized the fact that COVID deaths are relatively low compared with earlier in the health crisis.

Biden has urged Congress to fund billions more in COVID aid to continue fighting the virus as new variants of concern emerge.

"We must remain vigilant against this pandemic and do everything we can to save as many lives as possible, as we have with more testing, vaccines, and treatments than ever before," Biden said on Thursday. "It’s critical that Congress sustain these resources in the coming months."

U.S. lawmakers had reached a $10 billion deal but the additional tranche of funding has been delayed over various concerns.

Researchers are working on yet another booster shot as the virus continues to mutate, and health experts have said greater pandemic investment is needed now to thwart future outbreaks that could cause further havoc.

The precise toll of the pandemic may never be truly known. Some people who died while infected were never tested and are not represented in the data. Others, while having COVID-19, may have died for another reason such as a cancer, but were still counted.

US President tests positive for COVID-19