The food crisis in Iraq.. "Cheap dollar" to dismantle "a ticking bomb" 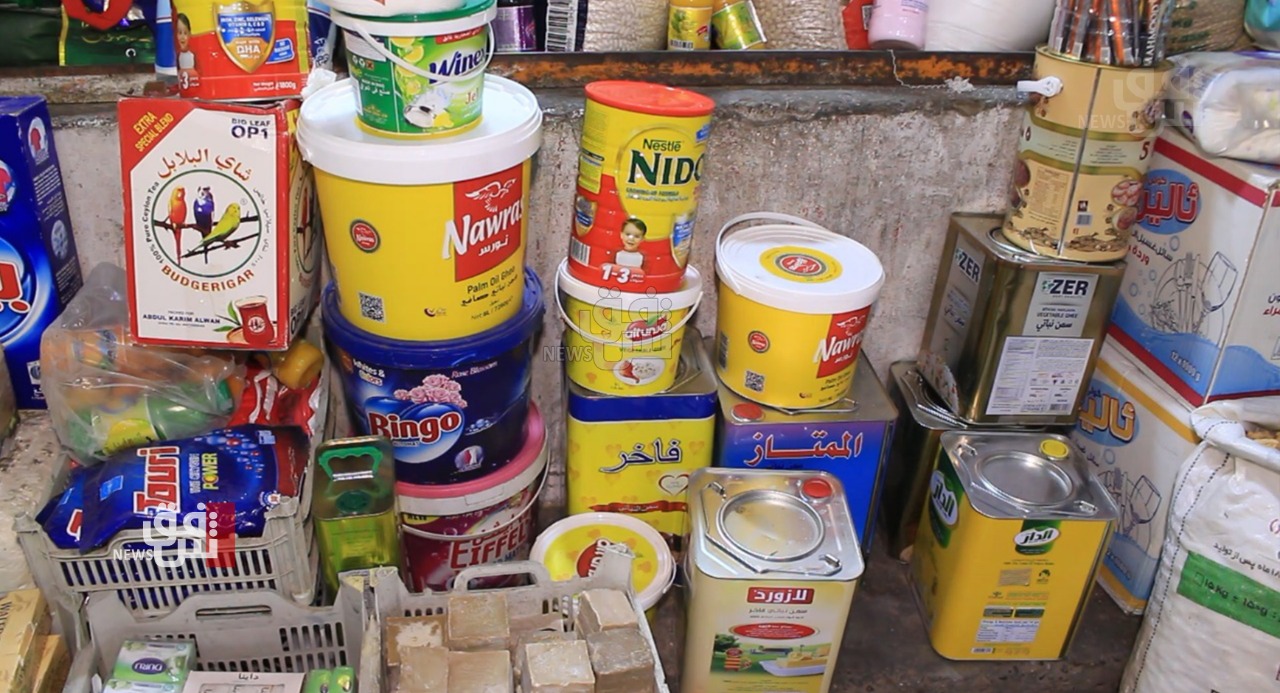 Shafaq News / "Half-hearted solutions for Iraq's deep-rooted economic crises," economic experts have described the decisions made by the Iraqi government to contain the reverberations of the global food crisis on Iraq, specifically the relative scarcity of wheat and vegetable oil.

"The Government decrees are not executed or followed in an effective manner that might address, even partially, the crisis," economist Bassem Jamil Antoine told Shafaq News Agency.

Criticizing the slow reaction to exacerbating issues, Antoine said that every striking internal crisis, a set of long-term, medium-term, and short-term solutions shall be pursued, "The government boasted the short-term solutions, steering clear from the radical long-term solution, i.e., creating a productive, industrial, and domestic agricultural sectors to sustain the country's food security on the long run."

"All decisions taken to address the food crisis are improvised, reflecting a lack of vision and strategic approach," economist Dhurgham Mohammed Ali said.

"Every single decision is an innate response that merely breaches the cortex of the market collapse and monopoly."

"Those measures do not offer the markets any guarantees," he continued, "The government impractical and naive measure do not curb the traders and monopolists hegemony. The market has become a ticking bomb."

"In parallel to the ration cards, the state must provide subsidized items via its suppliers. Moreover, the basic commodities brought from abroad shall be imported under the auspices of the ministry at the market price. This way, the state intervenes as a fair competitor in providing goods in proportion to the global prices."

Ali proposed securing "cheap dollars" to fund importing basic commodities via certified credits under the supervision of regulatory bodies to ensure that the cheap dollar does not leak to the black market.

"The government's decisions on the food crisis, excluding the purchase of local wheat, do not encourage domestic production and focus solely on imports," economist Munir al-Ahmad stated.

"All the decisions taken by the government are innate and myopic," he said, "there are government vegetable oil plants, and there is arable agricultural land that can be used to cultivate maize, sunflowers, and feed crops to dispense with imports."

"The government decisions are fit for countries that lack basic agriculture elements, such as water and arable land, and rely on imports as a starting point for meeting the consumer's needs," al-Ahmad pointed out.

For his part, Firas al-Hamdani, president of the Baghdad Chamber of Trade, told Shafaq News agency that two important paragraphs must be amended within the resolutions for the stability of the local market and the possibility of holding the monopolist accountable; the first of which is the "two-month" decision, which is insufficient to import those food items.

"Importing such materials takes between six months and one year. Furthermore, setting a two-month requirement for importing food will plunge traders into unsolvable problems."

He continued, "Traders also need reduced dollar prices, which they receive from the Central Bank (C.B.I.) after providing the necessary credits."

"The dollar price that the traders must receive is 141,000 dinars to import the goods cheaply and sell them in the country at reasonable prices."

On the other hand, the PM's economic adviser, Mudhhir Mohamed Saleh, stated that the decisions taken to address the food crisis were an "integrated package" in this critical situation.

Saleh noted that there is no one-shot treatment, "the policy adopted through these resolutions on adjusting the cash income of poor segments in general, raising customs taxes, and adjusting income taxes on food importers, will reduce prices and allow the easy entry of goods and food, at the lowest prices, with no delay."

Unprecedently, food prices skyrocketed following the COVID-19 pandemic, then the prices of grains and vegetable oils escalated to new record highs after the war in Ukraine. All of that had a significant impact on Iraq as the world's largest food importer.

It is common knowledge that Ukraine and Russia account for roughly 30% of wheat, yet Ukraine announced that it will cease exporting grain due to the war.

According to the United Nations Food and Agriculture Organization (F.A.O.), 44 countries, including Iraq, will require external assistance to obtain food by the end of the current year.

Report: The route from Iraq to Belarus

Report: Iraq Is Nearing the Brink of a Shiite Civil War