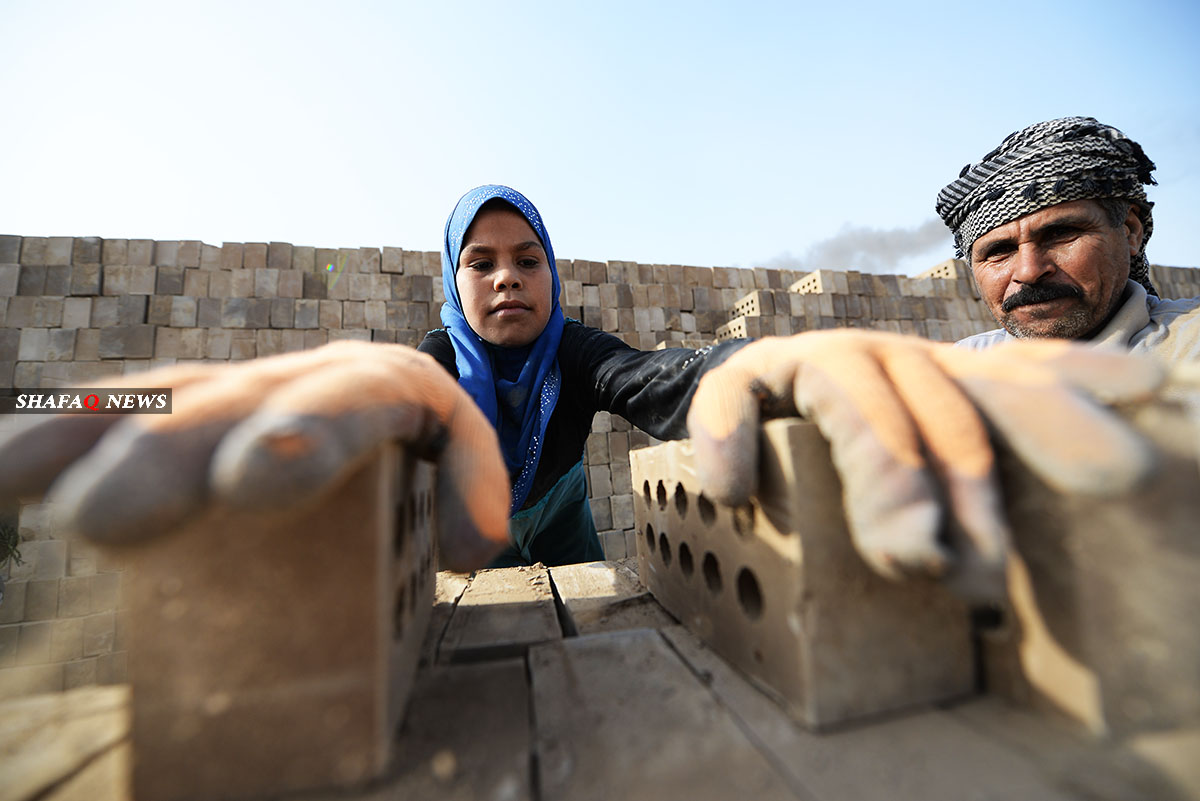 Shafaq News / The central bank's initiative to end Iraq's housing crisis seems like a "fantasy", as the administrative red tape, the complex instructions of government banks, as well as the profits and burdens placed by commercial banks make whoever wants to get a loan to buy a housing unit think twice before taking this step.

Private banks are not better than the governmental ones, as most of them are almost exclusively at auction and lack credit.

"As part of the banks' credit policy, a loan cannot be granted to anyone without guaranteeing their repayment capacity. If a borrower is an employee who receives a salary from another bank, it means that he or she already has a loan from another bank", said Hisham Al-Shamali, an international expert and advisor to the Al-Junoob Private Bank.

He added, "Private banks are committed to the central bank's instructions. The initiative announced by the Central Bank for a loan of 15 million dinars is a non-binding initiative for financial institutions and its cost is higher with no interest. If there is an adjustment in the initiative's currency rate, the private banks will reconsider this matter."

"Citizens' lending to buy housing units has harmed banks. The banks have lent citizens to buy housing units in the Bismaya apartment complex and other complexes without a sponsor at first, but many borrowers have been reluctant to pay their dues", a source at a government bank told Shafaq News agency on condition of anonymity.

The source pointed out, "The sponsor's status as a condition for obtaining the loan was to maintain the continuity of the borrower by paying back, and so the banks could continue lending new citizens to obtain housing units", adding, "There are instructions to be issued soon by the council of ministers regarding housing loans by establishing facilities for citizens to obtain housing units. The 4% interest on the loan by banks is fixed for 15 years."

The Prime Minister's advisor, Mudhhir Mohammed Salih, told Shafaq News agency, "After 2004, Iraq adopted financial liberalization, leaving banks free to grant credit in any way without restriction, and at the same time the freedom to set interest rates, which were imposed on them before that."

"The Central Bank has left it to be monitored per ratios that do not threaten the bank's financial liquidity or its integrity. Some banks were so mismanaged by credit grants that many defaulters exposed the banks to loss", Salih added.

"The government cannot interfere with the banks' policy, whether the loan amounts or interest. Government intervention could be in development banks such as the real estate bank and the housing fund, where the loan is low-cost and affordable", he continued.

The loan is a means, not an objective

"The loan is not an end, but a means if development elements are available to be employed to produce projects that reduce unemployment and perpetuate the capital cycle. As for absurd loans without real feasibility studies, they are financial burdens on beneficiaries with temporary benefits and long-term damage", economist Dhurgham Mohammad Ali told Shafaq News agency.

"The interest placed on the loan should be practically the asset of the borrower and not the total loan because this is unfair and exploited for customers, due to the weak supply against the growing demand for borrowing in the face of the poor economic situation and the weak supply of housing in the face of a rapidly growing human mass", he added.

"The central bank has undertaken three initiatives to encourage private banks to grant housing loans to citizens at low interest, but most of these banks are not committed to this initiative because they are commercial banks that seek profits and therefore do not grant housing loans", Abdul Rahman Al-Mashhadani, a professor of political economics at the Iraqi University, told Shafaq News agency.

"Government banks have sponsored the housing complexes to encourage vertical housing that would not solve the housing crisis in Iraq as to do so, four million housing units must be built", he clarified.

"The simple loans granted by the banks have distorted the cityscapes because they have been given to even 50 meters of land. Allocating new cities is the only solution to the housing crisis in Iraq", he added.

Raed Al-Khafaji told Shafaq News agency that he has reluctantly agreed on the banks' fixed terms and interest to obtain a loan from the Al-Rafidain Bank to buy a housing unit in the Bismaya apartment complex. Adding that he currently lives in a rented house and does not have enough money to buy a house or even a residential apartment without obtaining the loan, "I should pay the loan I obtained in 15 years – plus an amount that is about half the loan itself as interest. Government banks have been turned into commercial banks, similar to the private banks in Iraq".

"The interest rates set by government banks are fixed and do not decrease as the loan amount decreases with repayment. The citizens seek these banks because there is no other alternative to obtain a loan", Ali Hamza told Shafaq News agency.

He also pointed out that most citizens are reluctant to get loans from banks due to the high amounts they have to pay afterward. However, to get a housing unit, there is no other option.

Iraq is suffering from a severe housing crisis due to its growing population, the limited housing complexes, as well as the citizens' inability to build housing units of their own because of the high costs of lands and construction materials.