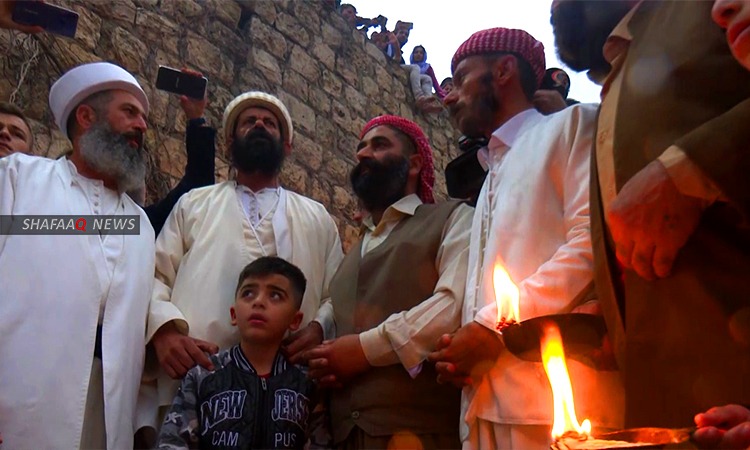 Shafaq News / Controversy is still raging in the Kurdistan Region and Iraq over the implementation of the Sinjar Agreement's provisions, especially the one concerning the withdrawal of armed factions from the district.

In early December, the Iraqi federal government authorities said that they had begun implementing the Sinjar agreement to normalize the district's situation in preparation for the displaced citizens' return.

However, some federal government officials' statements show that Baghdad had deployed federal forces after the withdrawal of all armed groups from Sinjar, the Yazidi Kurds' stronghold, located in the west of Nineveh Governorate. Simultaneously, the KRG confirmed that PKK militants are still in the district and brought in additional forces from Syria.

Hasso Ibrahim, joint vice president of the Sinjar Council loyal to the PKK, affirmed, "The PKK has officially withdrawn from Sinjar", adding in a statement to Shafaq News agency that "Turkey takes the presence of the PKK in the district to justify its intervention in Sinjar to target the Yazidis."

He indicated that he had no information about the recent meetings between the Turkish Defense Minister Hulusi Akar, the Iraqi government and the Kurdistan Region, except for assurances from Iraqi officials that Turkey will not establish military bases in Sinjar.

Hasso did not rule out the possibility of Turkey bombing Sinjar again, stressing, "work will continue regardless of the size of the Turkish threats to the region."

Moreover, Turkish President Recep Tayyip Erdoğan went beyond Hesso's concerns, and threatened that his country's forces might conduct a military operation against the PKK in Sinjar district.

"We may come there overnight, all of a sudden," Erdoğan said, using a famous phrase he said before Turkey carried out cross-border operations in northern Syria.

The Sinjar Council was established by the Kurdistan Workers' Party (PKK) in Sinjar under the Autonomous Administration's pretext, which includes security forces and services headed by the "Sinjar Protection Units" that receive salaries from Baghdad under the umbrella of Al-Hashd Al-Shaabi.

The party's administrative systems and structures are still operating in Sinjar, despite the agreement.

"The PKK elements are still present in Sinjar," said Haydar Shesho, supreme commander of the Yazidi self-defense Force of Ezidkhan, affiliated to the Peshmerga forces.

In his statements to Shafaq News Agency, Shesho demanded the federal government and the PKK to abide by the agreement concluded with the Regional Government for the best interest of the district's residents.

He said, "Iraq cannot confront Turkey. Iraqi-Turkish interests are greater than Sinjar, and will not be affected by the Sinjar issue, especially with Turkish camps inside Iraqi lands in Bashiqa and border areas in the Kurdistan region."

"The best solution to the situation in Sinjar is to expedite work to implement the Sinjar agreement, to prevent Turkey from intervening in Sinjar and dispel the district's residents' fear of Ankara's deployment of its militias such as Jabhat Al-Nusra.

In this regard, the writer and political researcher, Kifah Mahmoud Sinjari, told Shafaq News agency that Turkey had expressed its support for the agreement between the federal government and the Kurdistan Regional Government, referring to media leaks indicating a Turkish intention to establish a military base in Sinjar if the federal government fails to remove the PKK fighters from the district.

Sinjari called on the PKK to withdraw from the Kurdistan Region's territory and find its place in Turkish Kurdistan.

He stressed the need for the PKK to succeed in the peace process with Turkey, recalling President Massoud Barzani's previous attempt to bring the two sides closer together.

Additionally, Sinjari He pointed out that border security is a very important issue that needs Turkish, Iraqi and Kurdish cooperation, as the Kurdistan Region has been greatly affected by the presence of the PKK in its lands, which led to the displacement of the residents of 500 border villages, as well as the strangling agricultural and livestock projects estimated at millions of dollars.

ISIS invaded Sinjar district in 2014 and committed a massacre against its residents, before the Peshmerga forces restored control over it the following year.

However, the Iraqi army backed by Al-Hashd Al-Shaabi forces invaded the region due to the tension between Erbil and Baghdad against the backdrop of the independence referendum held in 2017.

In the same context, The Iraqi authorities installed new officials that replaced the elected officials who withdrew to Duhok Governorate when the Iraqi forces advanced.

There are currently two local governments for Sinjar, one of which was appointed by the federal government authorities, and the second is the elected government, which is running from Duhok governorate.

Despite the divisions.. One key to overcome the Sinjar crisis

U.S. waves "Magnitsky Act".. Sanctions on Baghdad and then decamping to Erbil

Education in Sinjar: Schools of Mud and teachers intimidated by armed groups

P.M.F. brigades and two other Shiite factions march towards Sinjar