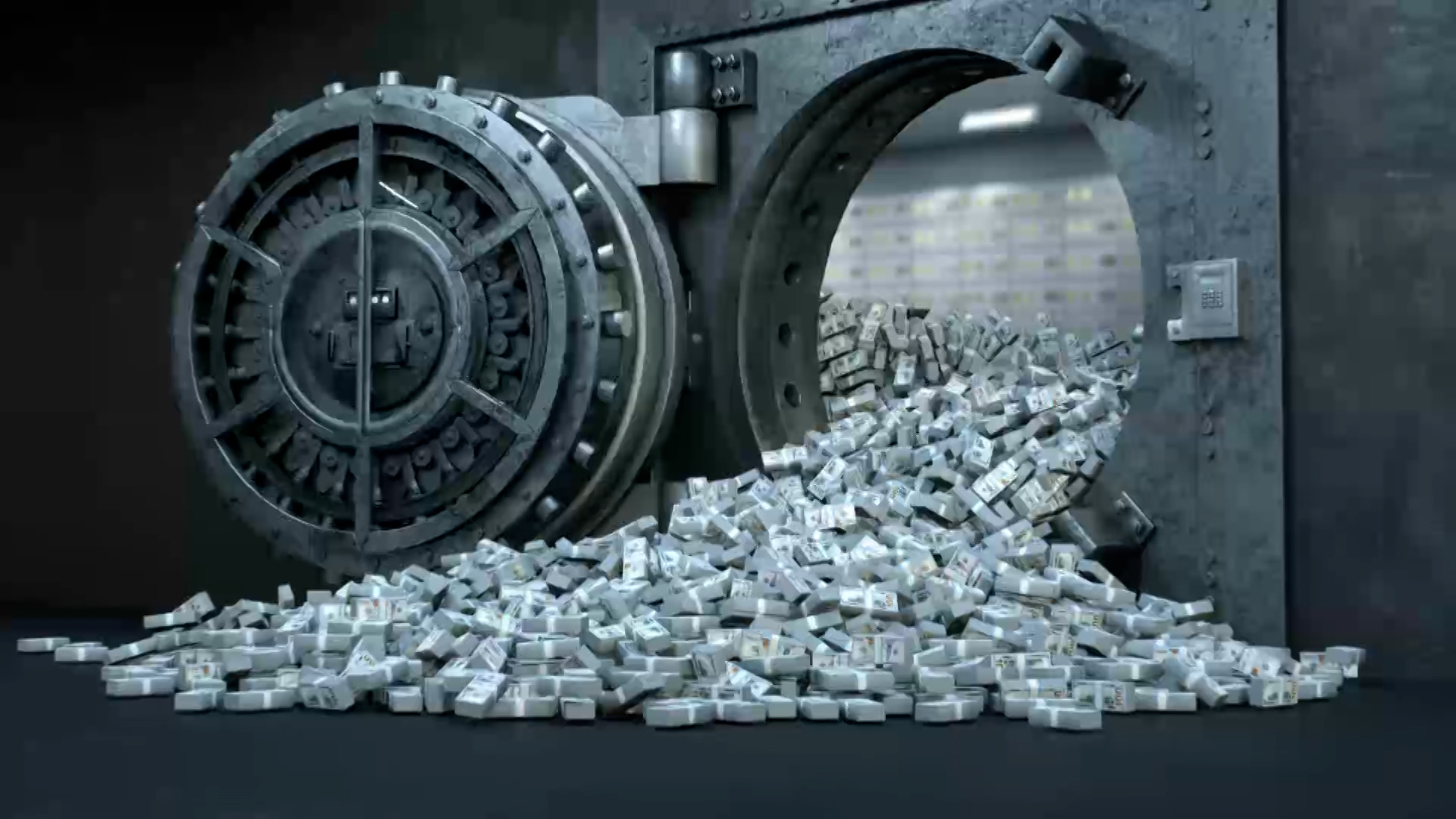 Shafaq News/ A network of Iraqi officials working inside state institutions, including the country’s tax authority and an anti-corruption watchdog, are being investigated over an alleged plot to steal billions of dinars from the tax accounts of international oil companies, Middle East Eye can reveal.

The alleged plotters, who also included officials at the Ministry of Justice, targeted tax deposits paid by the oil companies to the Iraqi General Commission of Taxes (IGCT) in what investigators now believe was a prelude to the so-called “theft of the century”.

The main companies targeted were the China Petroleum Engineering and Construction Corporation (CPECC) and Lukoil Mid-East Limited, a local subsidiary of the Russian energy giant.

The scheme involved fabricating a paper trail of false documentation and cheques issued by the IGCT in July and August 2021 in response to purported requests from the companies for tax deposit refunds.

People falsely claiming to be representatives of the oil companies then tried to cash the cheques - and withdraw them as cash - at branches of the state-owned Rafidain Bank, which holds the IGCT’s tax deposit accounts.

No money was ultimately stolen because the value of the cheques - some worth tens of millions of dollars - and the apparent eagerness of some senior officials to facilitate their payment “drew attention”, a consultant within the Ministry of Finance told MEE.

According to the official, details of the cheques were reported to the Federal Commission of Integrity (FCI), a government agency tasked with investigating corruption in the public sector, which appointed an investigator to examine the case.

Some of the cheques were subsequently stopped, while an attempt to cash one cheque worth more than 44 billion dinars (more than $30m) was refused by a bank official.

But documents obtained by MEE suggest that some officials working inside the IGCT, the FCI and the Ministry of Justice were involved in the fabrication and authentication of documents that facilitated the attempted theft.

Financial investigators also believe the oil companies’ tax deposit accounts were targeted by the same network behind the theft of 3.7 trillion dinars ($2.5bn) from IGCT accounts held at Rafidain Bank between September 2021 and August 2022.

People involved in the investigation told MEE they believed the attempted theft had amounted to a dry run, in which many of the elements of the “theft of the century”, including the use of fake cheques and false documentation, were already in place.

They said it had also helped those involved to test the response of regulatory and auditing bodies, and to further refine their scheme to evade detection. Rather than using people posing as representatives of real companies, for instance, they used shell companies instead.

Crucially, according to one person involved in the investigation, a letter sent from a senior official within the FCI to the IGCT at the end of August 2021 had effectively signalled a “green light” to the thieves by indicating the watchdog would not interfere in the tax authority’s affairs.

The documents obtained by MEE show how the issuing of cheques purportedly to pay tax deposit refund requests from the oil companies in August 2021 triggered a flurry of correspondence and scrutiny involving officials from the IGCT, Rafidain Bank, the FCI and another oversight body, the Federal Board of Supreme Audit (FBSA).

MEE has previously reported how, in the same month, the FBSA, the public spending watchdog, was removed from a role auditing tax deposit refund requests. According to the documents, the FBSA was still performing this role when the CPECC and Lukoil cheques were issued at the beginning of August.

MEE has also learnt that a legal document filed to the IGCT on 8 July 2021, which appears to authorise an Iraqi businessman to act as CPECC’s representative in Iraq, was verified by a notary at the Ministry of Justice and approved by IGCT officials despite obvious indications that it was fake.

The authorisation, which appears to be signed by a CPECC official, grants the businessman broad financial powers that include opening and operating bank accounts, withdrawing and depositing money, and receiving cheques and withdrawing them in cash on behalf of the company.

The authorisation names the businessman as Ali Muhammad Issa al-Jaf, but does not include any further details about Jaf’s relationship to the company or basic information such as his Iraqi identification number.

MEE checked the reference number and date of the authorisation with the Ministry of Justice and could find no record of its existence.

MEE has learned too that the notary who initially verified the authorisation on 8 July, and who subsequently confirmed its validity to the IGCT, has been investigated several times on charges of forging authorisation documents, and was moved from Baghdad to a small town outside the Iraqi capital two months ago.

Investigators told MEE that a similar document filed to the IGCT, which claimed to authorise a businessman to act on behalf of Lukoil, also appeared to be a fake.

In a letter to the Basra Oil Company, the state oil company responsible for oil fields in southern Iraq, Lukoil Mid-East Limited said it had not authorised any person or entity to act as its representative to the IGCT, and it has not received any tax refunds in 2021 and 2022. MEE has contacted Lukoil’s media office for comment.

MEE contacted CPECC’s media office, but the company declined to comment. There is no suggestion either company was aware of or involved in the forgery of documents using its name, or in the attempted theft of money from the IGCT’s tax deposit account.

"It seemed clear that the first attempts to steal these deposits relied on [false] documentation, then manipulating and speeding up the procedures," said one senior official.

“In this aspect, it was successful. All procedural and oversight obstacles were overcome. It actually culminated in issuing cheques in favour of these companies.”

The investigation into the "theft of the century" plot has been taking place against a backdrop of wider upheaval in Iraqi politics and within the Ministry of Finance.

It was launched in September by the then-acting finance minister Ihsan Abdul Jabbar Ismail, who was appointed to the role by former prime minister Mustafa al-Kadhimi after his predecessor in the post, Ali Allawi, had resigned in August in protest at what he described as endemic corruption in public finances.

But Ismail was forced to resign soon afterwards. At the end of October, Mohammed Shia al-Sudani replaced Kadhimi as prime minister, and appointed Taif Sami Mohammed as finance minister.

The first cheque for more than 31bn dinars (more than $21m) was issued in CPECC’s name on 2 August. Documents seen by MEE indicate it was approved by Samer Abdel Hadi Qassem, the IGCT’s acting general manager.

The second cheque, worth more than 12bn dinars (more than $8m), was issued in Lukoil’s name a few days later. Osama Hussam, the assistant director general of the IGCT, then recalled the cheque after it was queried by the FBSA, which was at that stage still auditing tax deposit refund requests.

But, according to the documents, Hussam was overruled by Qassem, who confirmed the validity of the Lukoil cheque on 16 August.

On the same day, Qassem revoked the cheque issued to CPECC on 2 August. The documents do not indicate why the cheque was stopped, but investigators told MEE cheques were routinely revoked if they attracted attention or scrutiny.

Two days later, however, another cheque was issued to CPECC. This one was for the sum of 44,133,732,000 dinars (more than $30m), and once again the documents indicate it was approved by Qassem.

But this cheque was almost immediately reported to the FCI. According to a source involved in the investigation, the large amount was deemed suspicious by junior officials within the ICGT.

"The value of the cheque was highly exaggerated. Whatever the amount of tax deposits left by CPECC, the refund would not be as much as 44 billion dinars," the source told MEE.

"The value of the cheque and the speed of its issuance indicated something was wrong, despite the IGCT officials' confirmation of the validity of the procedures and documents submitted by the applicant.”

Sources told MEE that Qassem was arrested in connection with the “theft of the century" investigation in October. MEE was unable to reach Qassem for comment.

The FCI then assigned one of its investigators, Basheer Sabah Hadi, to look into the case. Hadi wrote to the IGCT requesting all documents relating to CPECC’s request to recover its tax deposits.

In response, Qassem asked Rafidain Bank to hold the cheque while the matter was being investigated.

But then, at the end of August, Kareem Badr al-Ghizi, the director general of the FCI’s investigations department, wrote to the IGCT to say that the FCI had not objected to the cheque being cashed.

"We would like to inform you that this authority [the FCI] did not request stopping the cheque in question,” Ghizi wrote, suggesting that information provided by the IGCT indicated there was “no damage to public money”.

The letter continued: "The FCI - while carrying out its investigative duty - ensures that it does not interfere in the work of ministries and official institutions.”

This, according to the person involved in the investigation, was “the green light that launched the whole process later on”.

“It was a written guarantee from the FCI not to obstruct the process," he said.

MEE understands that Hadi, the FCI investigator involved in the case, submitted a request for five years' unpaid leave in late 2021 and left Iraq for an unknown destination. He is currently the subject of an arrest warrant. MEE could not reach Hadi for comment.

Ghizi was removed from his role at the FCI on 6 November by Iraqi Prime Minister Mohammed Shia al-Sudani’s office over his failure to prevent the theft of tax deposit money.

The head of the FCI, Alaa al-Saadi, resigned on 13 November after investigators linked a number of officials within the watchdog to the “theft of the century” plot.

The FCI’s media office declined to comment, citing ongoing investigations. It said all officials and former officials were forbidden from speaking to the media about the case.

Hours after receiving Ghizi’s letter, Qassim contacted Rafidain Bank to authorise it to cash the cheque to CPECC for 44 billion dinars.

On 1 September, a man claiming to be CPECC’s representative in Iraq walked into a branch of Rafidain Bank which holds the IGCT’s tax deposit accounts and asked for the cheque to be paid immediately in cash.

But there was one last snag. The director of the bank insisted that the money needed to be deposited first in the company’s own bank account before it could be withdrawn.

“The director of the bank refused to hand over the money in cash. She insisted on depositing the cheque's value in the company’s official bank account," one of the investigators told MEE.

“What is the point of them creating this process if the money just ends up in the company’s account?”

The man did not provide the bank with the company’s account details and walked away empty handed. But investigators believe it was this moment that prompted the final refinement in the “theft of the century” plotters’ plan.

Instead of targeting official companies, they used a network of shell companies and set up bank accounts in their name at Rafidain Bank.

Just over one week later on 9 September, the first cheque was deposited into an account opened two days earlier in the name of one of these companies, Al-Qant General Contracting Company.

The value of the cheque - which was withdrawn as cash the same day - was exactly the same amount as the cheque issued to CPECC which bank officials had refused to cash eight days before: 44,133,732,000 dinars.