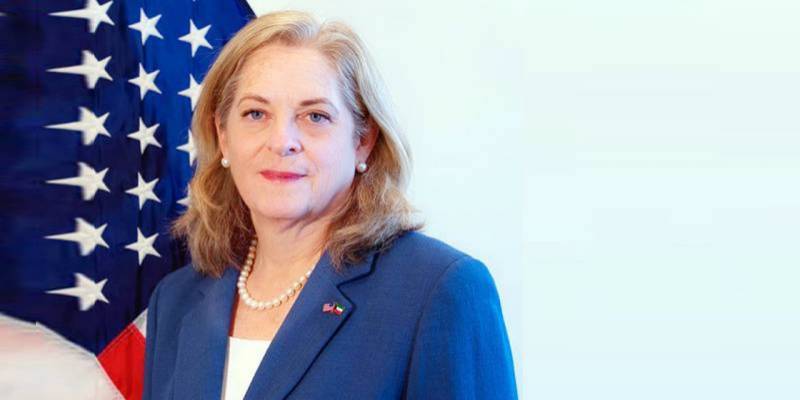 Shafaq News/ The new US ambassador to Iraq, Alina Romanowski, faces critical challenges as Washington tries to deal with Iraq’s power vacuum, growing security threats from Iran and a protest movement that is calling for structural change.

Ms Romanowski, 66, who was confirmed by the Senate last month, brings more than four decades of experience from across the US government and intelligence community, with a knowledge of Arabic and a focus on the Middle East.

Her last position as US ambassador to Kuwait saw improved relations between Washington and Kuwait City over a two-year span.

In her goodbye video from Kuwait last week, Ms Romanowski highlighted the cultural aspect of the job with snapshots of her in the desert and attending diwaniyas, a traditional Kuwaiti social gathering blending art and political discussions.

Her Iraq mission will be starkly different, said Doug Silliman, president of the Arab Gulf States Institute in Washington and former ambassador to Iraq and Kuwait.

“She is going to step into the middle of what is a difficult government formation process,” Mr Silliman told The National.

Six months after Iraqis voted in a parliamentary election, efforts to form a new Cabinet by the country’s political parties remain stalled amid ongoing disagreements over how to share the government posts.

Reckoning with the struggle inside Iraq between the protest movement known as Tishreen (October in Arabic) and the traditional sectarian stakeholders, is another change that could dictate the future direction of Iraqi politics.

“Bolstering Iraq’s independence and advancing citizen rights will be a top priority in my engagements," she told the Senate foreign relations committee.

"I will encourage Iraq’s political, economic, and civil society leaders to focus on building a prosperous and resilient" nation.

Mr Silliman said Ms Romanowski’s experience would work in her favour, including her extensive interagency experience within the US government, at the State and Defence Departments and at the US Agency for International Development.

“She can see the different aspects of the problem," he said. "And in Iraq, it's absolutely crucial that you're looking at intelligence issues, military issues, political issues, economic issues, trade issues, humanitarian and other kinds of business issues."

Pro-Iran paramilitary forces have regularly launched missile attacks at the Green Zone that hosts the American embassy and tried to target US consulates and bases across Iraq.

Bilal Wahab, a senior fellow and Iraq expert at the Washington Institute for Near East Policy, said US diplomacy could benefit from a strategy to empower Iraqis, and that goes beyond blaming Iran.

“Blaming Iran won’t cut it. If the US government wants to be helpful, they should find a way to help Iraqis,” Mr Wahab told The National.

Issuing more student visas, as well as empowering Iraq’s youth and entrepreneurs currently inhibited by corrupt banking systems and a lack of reforms because of Iran's meddling, will be critical to grow the non-military side of the relationship, Mr Wahab said.

“An Iraqi artist or small business owner cannot sell music on Apple Music or open a PayPal account [because of the low confidence of western companies in Iraq's banking system]," he said.

"The Iraqis will be looking for her role in connecting the Iraqi people to the US despite the Iraqi government’s dysfunction."

Mr Wahab said the new US ambassador will be dealing with a political class that “cares very little, if at all, about Iraqi public opinion and grievances about corruption and shrinking freedoms and of economic opportunities".

“The Iraqis will be looking for her role in connecting the Iraqi people to the US despite the government dysfunction in Baghdad,” he said.

Canada’s mission in Iraq at a crossroads, The Canadian Press said