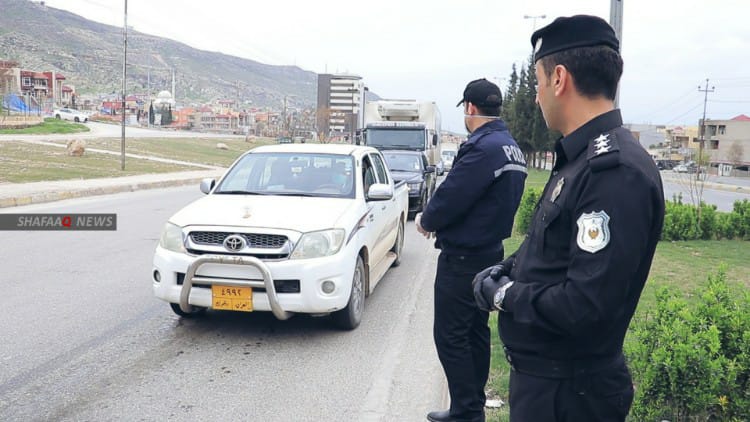 Since the emergence of Corona virus, KRG has taken all measures to stem the spread of this epidemic, such as closing the borders, announcing a curfew and opening places to quarantine people who were returning from abroad, indicating that the disease spread was well prevented in Kurdistan Region, this was good ground to facilitate the process of opening the necessary sectors to serve the citizens and provide them of what they need, taking into consideration the preventive measures, a statement by the ministry received to Shafaq News stated.

The statement added that it expected an increase in the number of people due to the failure of a section of people to comply with the Ministry of Health's instructions for prevention, because no cure was discovered worldwide for this epidemic, pointing out that in order to protect the lives of citizens and stop the spread of the virus even further in Kurdistan Region in a way difficult to control and after discussions with the Minister of Health and taking its approval, the Ministry issued a number of decisions, in the forefront of which is the continuation of the curfew between governorates of Sulaymaniyah, Erbil, Dohuk, Halabja, and independent administrations in Rabin and Garmiyan from 25/5/2020 at 12 a.m. until 15/6 / 2020 12:00 at night.

The ministry decided, according to the statement, to compel people who work in other Iraqi provinces or in the disputed areas who desire to return to the region from the civilians or members of the security forces to self- quarantine for 48 hours on their own expense until the appearance of the Corona virus testing result, which will be on their personal expense also as  they should self- quarantine in their homes or bring a document that proves not carrying the virus 24 hours before their return to Kurdistan Region.

The statement indicated permitting movement between the provinces of the region and its independent departments would be in accordance with the electronic permission system through the website of the Ministry of Interior under the title (moi.gov.krd), and citizens in cases of extreme necessity can request a permission in accordance with the instructions specified in the aforementioned system.