US companies show interest to invest in the Region's electricity field 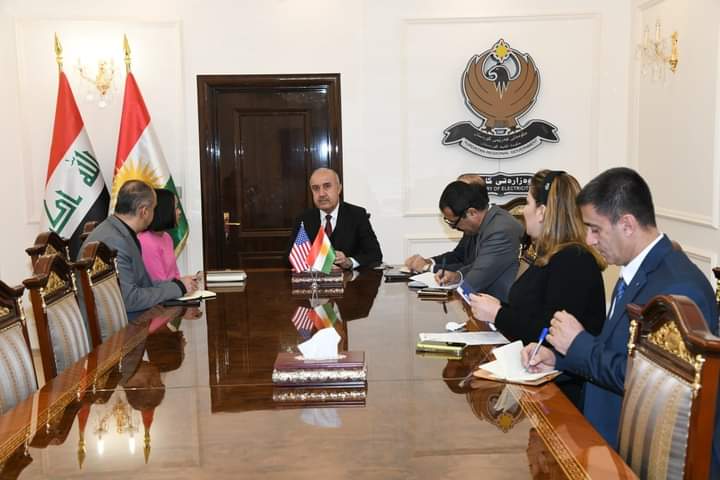 Shafaq News/ The official of the political-economic section of the US Consulate General in Erbil visited the Ministry of Electricity in the Kurdistan Region today, and expressed his country's readiness to help produce electricity with solar energy in the Region.

The Ministry said in a statement that Minister Kamal Muhammad Salih, who received the US Consul General, shed light on the participation of American companies in projects that produce electric power through solar energy.

The statement added that the two sides discussed extending the 400KV line, as well as producing electricity with wasted associated gas from in coordination between Baghdad and Erbil.

The Minister revealed that the hydropower projects to produce 300 megawatts will soon be implemented in Zakho, Soran, Garmyan and Raperin, calling on the US side to build power stations in Sheikhan, Makhmour and Jbara, which are included in the Article 140 areas.

According to the statement, Salih said that the Ministry did not have a share of the United States and other countries' aid or loans.

For its part, the American delegation Highlighted two important projects in the electricity sector in the region; the one for producing power from wasted associated gas, and the smart meter project, stressing that the American diplomatic mission in Iraq is highly interested in them.

US did not give promises to Kurds to establishing a state, Ex-US ambassador

The US granted Iraq an amount of 250 million dollars, KRG official says

US delegation: Kurdistan is an important ally of the US

US show willingness to implement power projects in Kurdistan