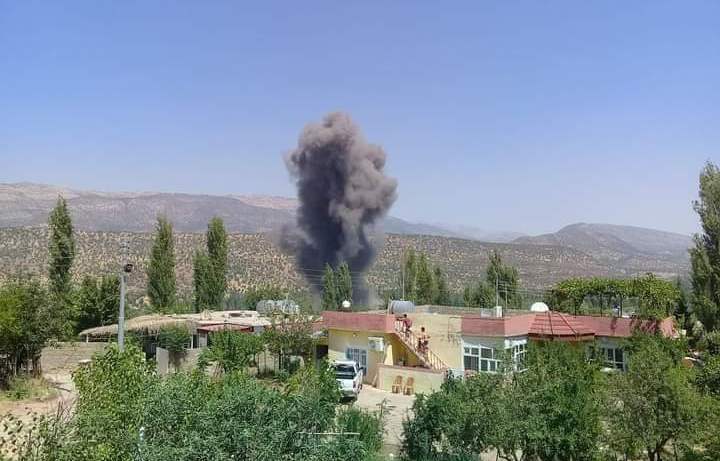 Shafaq News / The Turkish army's artillery bombed a town in Amadiyah district, north of Duhok governorate, according to a local source.

While a local official in a village north of Batavia reported that castle Shabani was subjected to heavy artillery shelling during the late hours of last night.

Turkey has recently intensified its air and artillery bombardment on the border areas within the Kurdistan region for several months. Ankara says it is targeting the PKK militants.

Dindar Zebari, the coordinator of the Kurdistan Regional Government to respond to international reports, said in a press conference regarding the Turkish attacks on the border areas, "The bombing has increased this year. During July only, the Turkish forces launched 33 raids on the region", adding, "more than 200 airstrikes were carried, 28 citizens were killed and 28 villages in Kani Masi district are extremely damaged and uninhabited due to the presence of the PKK."