"The normalization conference" was held without the KRG approval and participation, a statement says 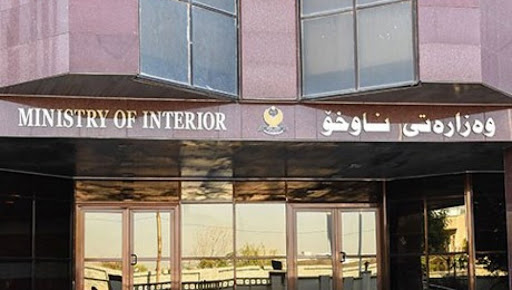 Shafaq News/Kurdistan's Ministry interior issued today, Saturday, a clarification about the meeting held yesterday in Erbil under the title "Peace and restitution."

The Ministry said in a statement that "the meeting was held with neither knowledge nor approval nor the participation of Government. Therefore, it does not express the position of the Kurdistan Government."

KRG will take the necessary measures to follow up the situation, the statement added.

On Friday, A new Iraqi group called for the normalization of relations with Israel publicly, an unprecedented event in the Country.

The statement said, "We are a gathering of Sunnis and Shiites that includes members of the (Sunni) Sons of Iraq Awakening Movement (Al-Sahwa), as well as intellectuals, tribal sheiks, and youth activists from the 2019-2021 protest movement. Some of us have confronted ISIS and al-Qaeda."

Al-Sahwa distanced itself from supporting or joining this gathering.

The Israeli Foreign Minister, Yair Lapid, welcomed an Iraqi gathering's call for normalization with his Country, describing the event as "a hopeful event."

"From the day this Government took office, our goal has been to expand the Abrahamic Accords. The event in Iraq inspires hope for places we hadn't thought of before," the Israeli Foreign Minister said in response to the event.

"We and Iraq have a common history and roots in the Jewish community, and wherever they contact us, we will do anything to turn back the clock," he said.

Meanwhile, the Iraqi Government announced its "firm" rejection of the "illegal" meetings held by some tribal figures residing in Erbil in the Kurdistan Region who called for normalization with Israel.

"First, these meetings do not represent the people and residents of the dear Iraqi cities, these personalities are desperately trying to speak in the name of their residents, but they only represent themselves." The statement said.

According to the statement, this gathering represents an attempt to "destabilize the general situation and revive the abhorrent sectarian tone while all Iraqi cities are preparing to hold the early and fair elections."

"Presenting the concept of normalization is constitutionally, legally and politically rejected in the Iraqi state…the Government clearly expressed Iraq's consistent historical position in support of the just Palestinian cause and the defense of the rights of the Palestinian people to have an independent state with Jerusalem as its capital. Therefore, all forms of settlement, aggression, and occupation by Israel against the brotherly Palestinian people are rejected."