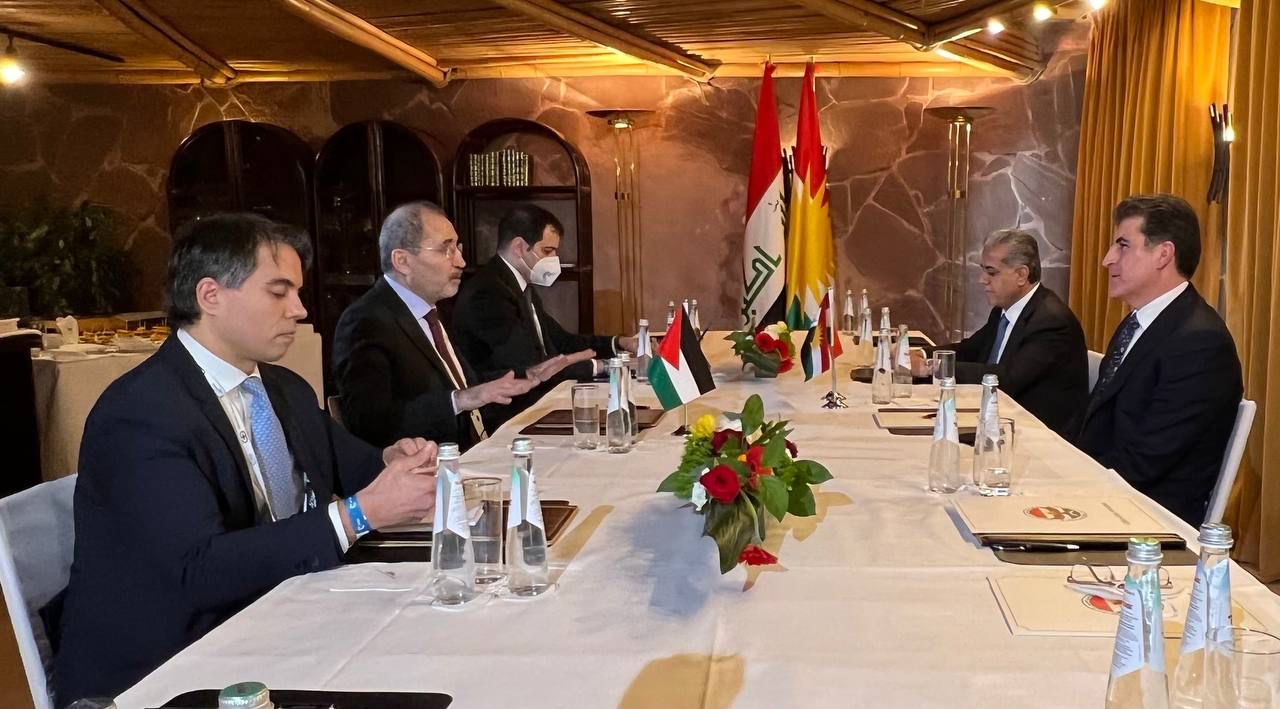 Shafaq News/ On Friday, Kurdistan Region President Nechirvan Barzani arrived in Germany to participate in the annual Munich Security Conference, from February 18 to 20.

On the sidelines of the conference, the Kurdish President held meetings with many world leaders and high-level officials.

According to a statement by the Presidency, Barzani met on Saturday with the Jordanian Deputy Prime Minister and Minister of Foreign Affairs, Ayman Safadi. He conveyed to Barzani greetings from the Jordanian King Abdullah.

Safadi also stressed that Jordan "looks with great interest to boost relations with Iraq and Kurdistan and wishing them success."

"During the meeting, both sides confirmed that "all parties must cooperate to amend the political process and establish security and political stability."

The statement also indicated that the Kurdish President thanked Jordan for the support and long-standing relations with the Region and sent his greetings and respect to King Abdullah with the Deputy PM.