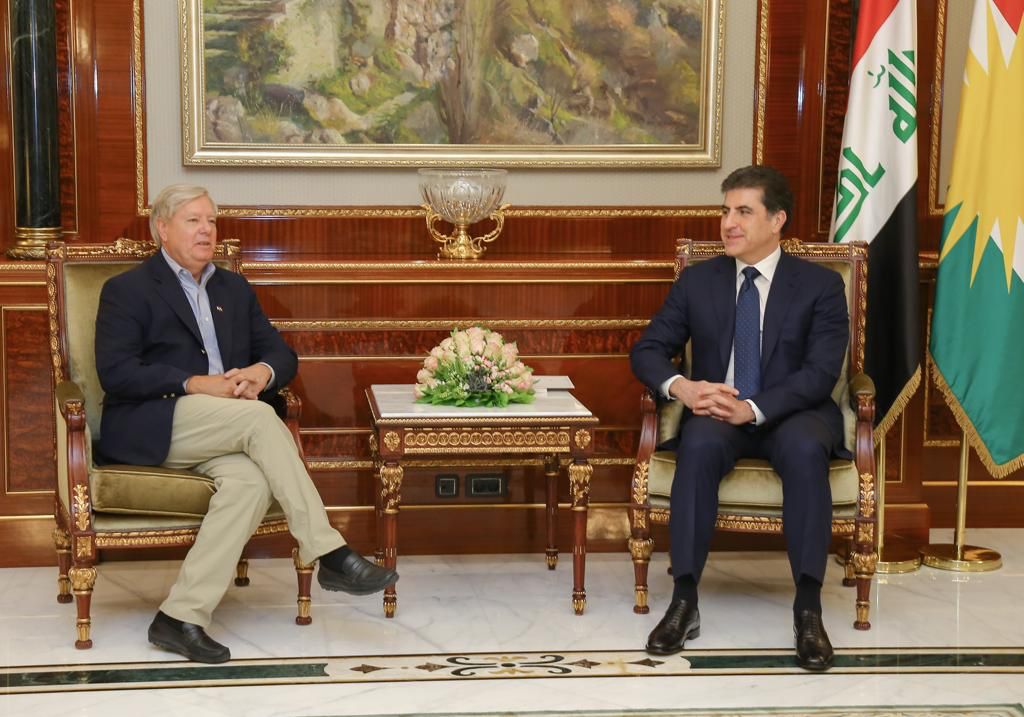 Shafaq News / The President of the Kurdistan Region, Nechirvan Barzani, received on Tuesday the US Senator, Lindsey Graham, in Erbil.

A statement by the Presidency of the Region said that the two sides discussed the latest political developments in Iraq, the post-war phase, the Baghdad-Erbil relations, and the Kurdish community's situation in Syria.

The two sides stressed the need to maintain security and stability in the area, and warned of ISIS's attempts to re-surge, stressing the need to face the terrorist organization's threats.

The President indicated that the only solution for the current situation in Iraq lies in solving the Baghdad-Erbil differences through dialogue.

The meeting also shed light on the Kurdistan Region's ties with neighboring countries, in addition to several files of mutual interest.