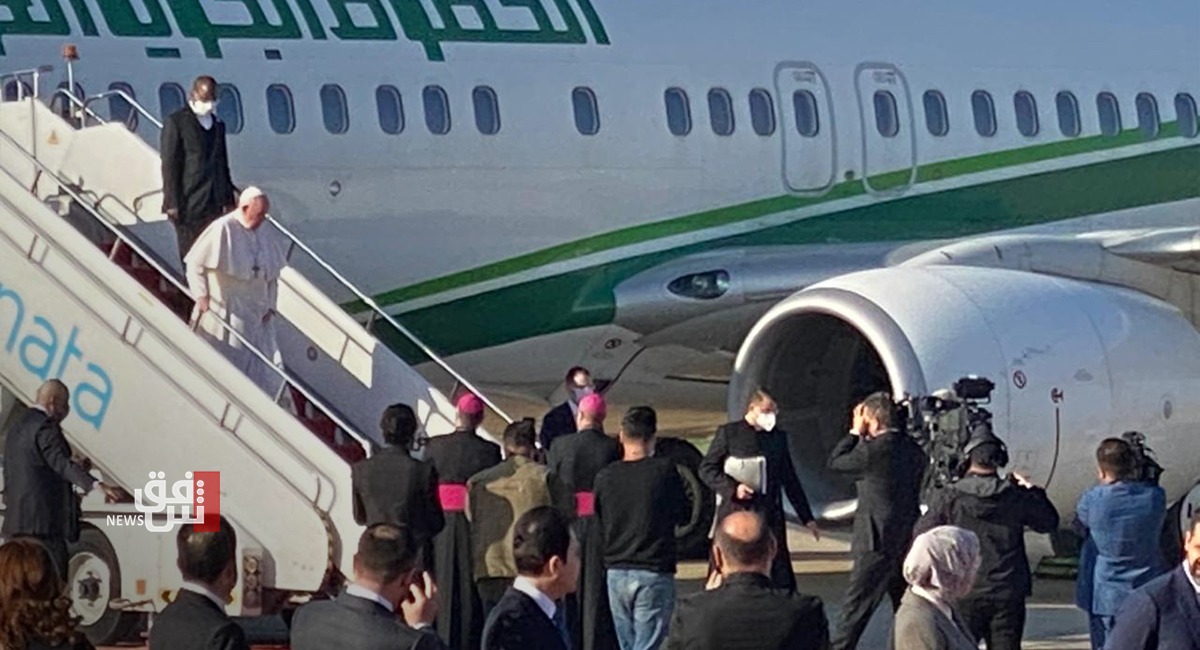 Shafaq News/ Pope Francis arrived in Erbil, the capital of the Kurdistan Region.

Upon disembarking from his plane, the Pontiff was received by the Region’s President, Nechirvan Barzani, and Prime Minister, Masrour Barzani, and clerical figures from the region.

Pope Francis arrived in Iraq on Friday for the first-ever papal visit to the country. It also marked his first international trip since the beginning of the coronavirus pandemic.

The pontiff's then with Grand Ayatollah Ali al-Sistani, one of the most influential clerics in Shia Islam, took place in the holy city of Najaf and was meant to deliver a message of cooperation and friendship between religious communities.

Iraqi Prime Minister Mustafa al-Kadhimi declared March 6 a National Day of Tolerance and Coexistence in Iraq after Pope Francis met with the top Shia cleric in Iraq and held a landmark inter-religious gathering.

From Najaf, the Pope traveled to Ur, the ancient archaeological site believed to be the birthplace of Abraham, the patriarch of the three monotheistic religions - Islam, Christianity, and Judaism.

Eight arrested in Erbil on charges of theft