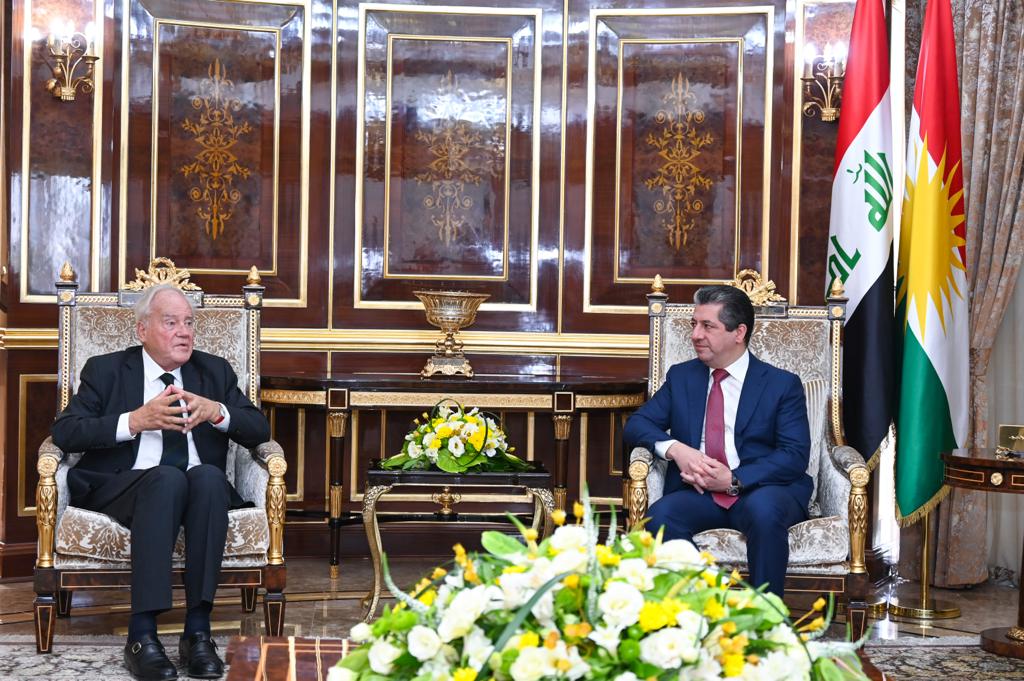 According to a readout issued by his bureau, Prime Minister Barzani discussed with his guest the latest developments in Iraq and the region and bilateral ties between the Kurdistan Region and France.

"I thanked the government and the people of France for supporting Kurdish people in difficult circumstances, and reaffirmed the KRG's readiness to further enhance bilateral relations," he said in the readout.

Senator Cambon expressed his "pleasure at visiting the Kurdistan Region again, noting the significant infrastructure development since his last visit."

He conveyed his country's readiness to develop relations, particularly security and defense cooperation with the Kurdistan Region, and presented PM Barzani with a medal of honor from the French Senate.

The meeting touched upon" the reforms in the ninth cabinet of the KRG, the importance of solving issues between KRG and the federal government, and the protection and respect for the constitutional rights of the people of Kurdistan."

Barzani: This action does not reflect Soleimani’ morals