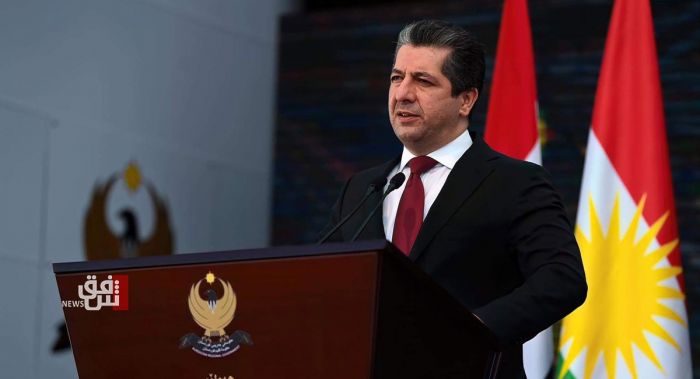 Shafaq News/ The office of the Prime Minister of the Kurdistan Region, Masrour Barzani, responded to a report that some social media platforms published, stressing that it is completely fabricated and untrue.

The statement said that some social media platforms published a fabricated report about the Prime Minister, noting, "this report is misleading and not true."

The statement pointed that the author of the report relied on a contract allegedly signed by the head of the regional government, although this signature has nothing to do with the prime minister.

"Investigation showed that the author of the report has a relationship with the family of a former Iraqi Kurdish deputy, an American citizen known for his stances against the people of Kurdistan, and because of his treacherous actions and stances, he was punished by the Kurdish patriots, did not gain any vote in the recent elections, and was exposed", the statement added.

The statement pointed that these claims are part of the misleading campaign against the reforms carried out by the ninth cabinet of the Kurdistan region and its president.

60 companies offer to build water dams in the Kurdistan region