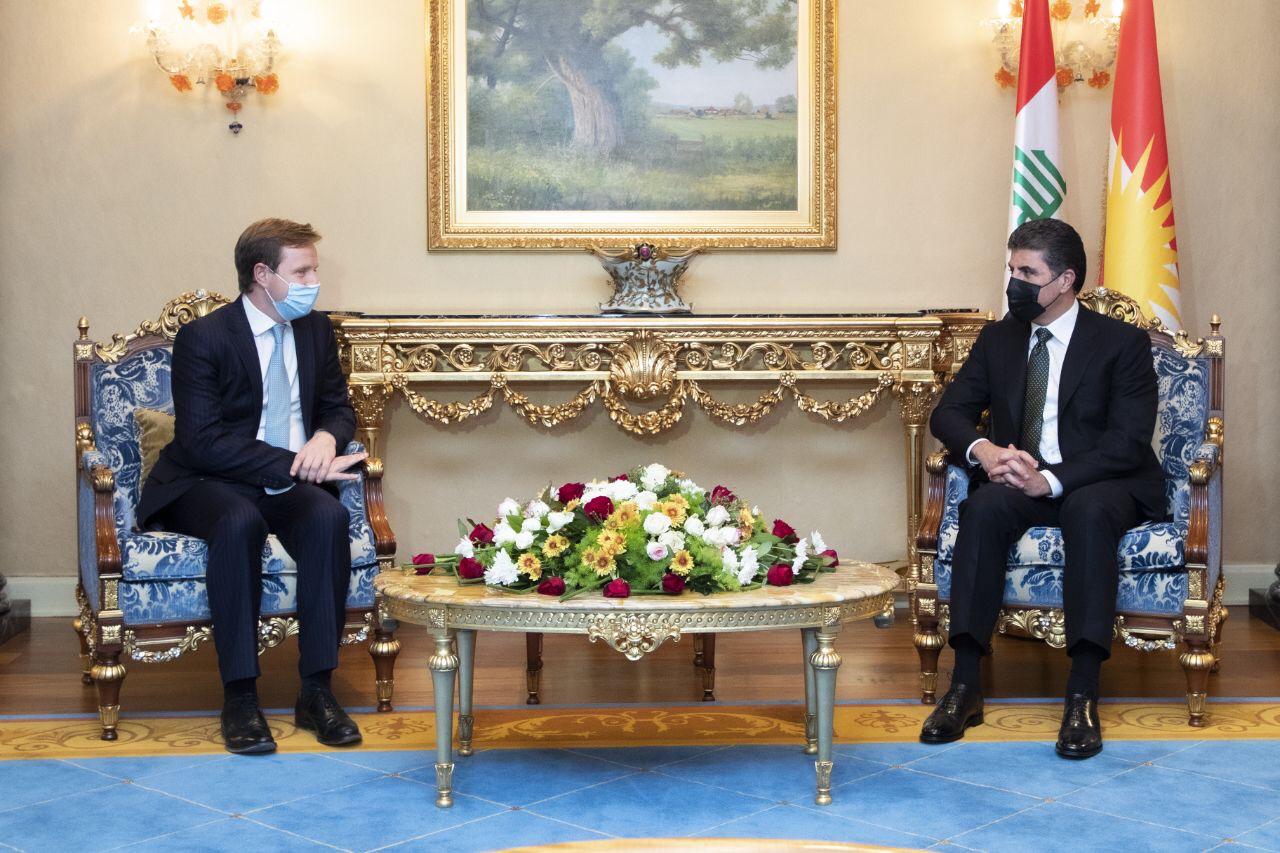 Shafaq News / The President of Kurdistan Region, Nechirvan Barzani, discussed with the British Ambassador to Iraq, Stephen Hickey, on Wednesday the bilateral relations, the situation in Iraq, the economic crisis in Iraq and ways to overcome it.

A statement by the presidency of the region received by Shafaq News said that Barzani received on Wednesday evening the British ambassador to Iraq, Stephen Hickey. The president discussed with his guest the relations of Kurdistan Region and Iraq with Britain, the situation in Iraq in general and the economic setback in particular. The meeting also touched upon the talks between Erbil and Baghdad regarding the disputes, counter-terrorism and the tasks of the international coalition against ISIS.

The statement indicated that the two sides expressed their desire for continued cooperation between them and emphasized the continuation of relations, especially in the economic aspect.

Barzani said that Britain and the international community can help Iraq and Kurdistan Region reach the state of stability and law, stressing that addressing the problems of Erbil-Baghdad and all the internal Iraqi problems plays a key role in the stability of the country.

The statement highlighted that the meeting topics also included the latest updates on COVID-19 pandemic and its repercussions, the internal situation in Kurdistan Region, as well as relations between Iraq and neighboring countries.

President Barzani receives the Patriarch of Assyrian Church of the East

“We don’t expect the US to fight our wars”, Kurdistan’s President at Yale University