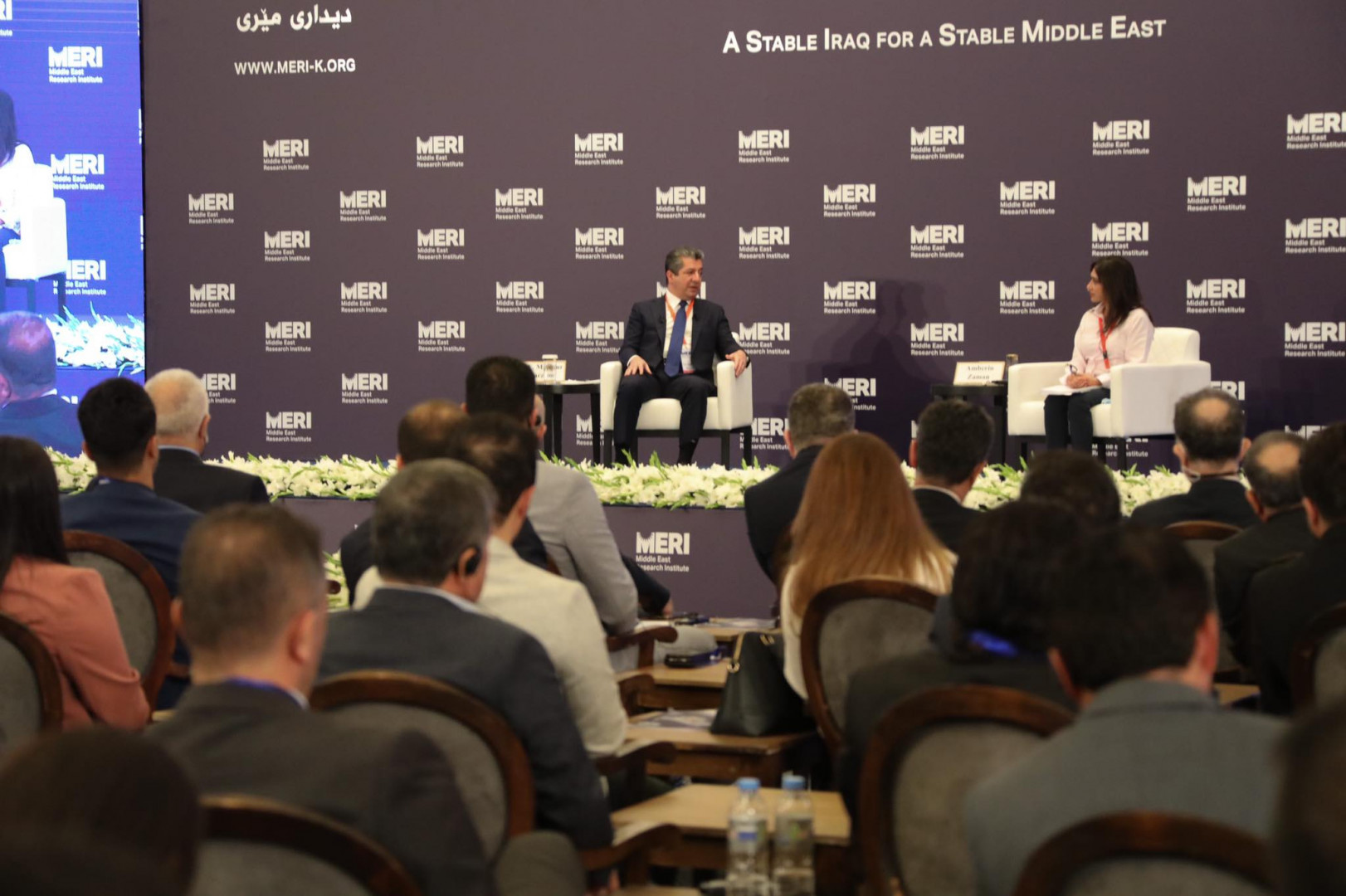 Shafaq News/Kurdistan's Prime Minister, Masrour Barzani, warned that ISIS still poses a significant threat to the security of Kurdistan, Iraq, and the Region.

During his participation in the Middle East Research Institute (MERI) forum, Barzani said that his government is working to fill the security gaps in the Kurdish areas outside its administration in coordination with Baghdad and is working to form two joint brigades to protect those areas from the threat of terrorism.

Concerning the economic situation in the Region, the PM pointed out that cutting the share of Kurdistan, the outbreak of Covid-19, and the financial crisis made matters worse for the government.

He pointed out that the federal government owes Kurdistan employees more than three billion dollars after cutting off the citizens' share "without legal justification."

Regarding the presence of the PKK within the territory of Kurdistan, Masrour Barzani said, "The PKK wants to be an alternative to the official constitutional institutions and seeks to control some areas. At least 800 villages have not been reached by the reconstruction and services campaign due to the ongoing conflict between Turkey and the Kurdistan Workers' Party."

"We do not want the conflict between Turkey and the PKK to continue in Kurdistan Region, and the PKK should not stay, and Turkey should withdraw from those areas." He added.

KRG: we handed over thousands of evidence of ISIS crimes to UNITAD

Masrour Barzani affirms the region's position on the Federal Budget

PM Barzani: KRG will spare no effort to facilitate domestic and foreign investments