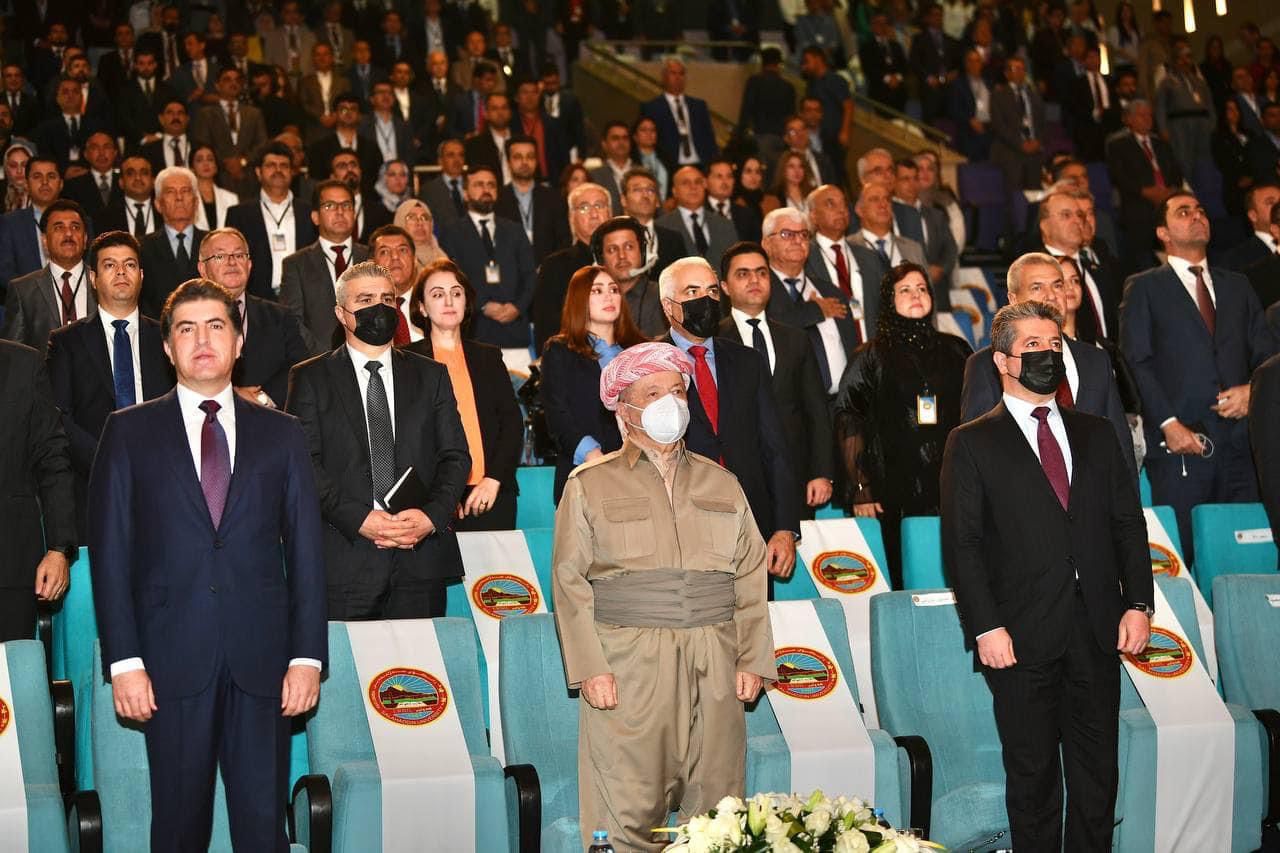 Shafaq News/ The Leader of the Kurdistan Democratic Party (KDP), Masoud Barzani, launched Saturday an exhibition of a series of documentary books about "Barzan Revolts."

Leader Barzani, and President of Kurdistan Region, Nechirvan Barzani, inaugurated the exhibition in the presence of Prime Minister Masrour Barzani, Speaker of Kurdistan Parliament Rewaz Faeq, and many political figures and writers.

Speaking at the ceremony, the KDP head highlighted the political crisis between Baghdad and Kurdistan, describing it as "deep."

"We believed everyone's rights would be determined after ratifying the Iraqi constitution, but unfortunately, the constitution was not implemented." He said.

"We welcome if the constitution is the referee for our relations, but if they want to seize once again the powers of  Kurdistan, we will not accept," Barzani confirmed.

"it is not impossible for some who believe they can control us by force and weapons. Others have already tried and failed."

He stressed that "this Region (Kurdistan) was built with the blood of the martyrs, and we will protect it with blood."

Concerning terrorism, the Kurdish Leader pointed out that it "still represents a serious challenge, and it will not end easily…war is destruction…we hope there will be no wars."

PM Barzani: KRG will spare no effort to facilitate domestic and foreign investments

PM Barzani: the federal government must respect the constitutional rights of Erbil